Welcome to 2014, where it’s possible that a seemingly harmless piece of furniture could be broadcasting your private conversations across the Internet.

Two artists have just unveiled a creepy product called the Conversnitch, Wired reports, and sadly, it has nothing to do with Quidditch. Rather, it’s a device that looks exactly like a lamp, except it records nearby conversations, transcribes the audio files, and then posts snippets of the conversations to Conversnitch’s Twitter account.

The creators, Brian House and Kyle McDonald, believe the Conversnitch is reflective of the current NSA-related privacy threats Americans are currently facing.

“What does it mean to deploy one of these in a library, a public square, someone’s bedroom? What kind of power relationship does it set up?” Mr. House, an adjunct professor at the Rhode Island School of Design, is quoted as saying. “And what does this stream of tweets mean if it’s not set up by an artist but by the U.S. government?”

The device consists of a Raspberry Pi miniature computer, a microphone and an LED light, all inconspicuously hidden within a plastic flower pot. Once the microphone picks up your conversation, the device uses Wifi to send the audio files to Amazon’s Mechanical Turk platform, where the creators pay to have the conversations transcribed. The “turkers” then pick out excerpts from the transcribed conversations, and share them on Twitter:

"I'm not pestering you, hun, I'm just asking why you didn't get the job!"

"He can't even complete the assignments. He needs to drop the class."

"You're right she looks sick."

But don’t freak out right away: thankfully, Mr. McDonald and Mr. House have reportedly required that people’s full names be removed from the transcriptions, and replaced with single initials. They’ve also been deleting tweets that they believe were fabricated by their Mechanical Turk transcribers.

Here’s a video showing how the device has been tested out in a number of (probably illegal) NYC locations, including Washington Square Park, a McDonald’s, a library and some unfortunately person’s bedroom.

We just hope no one sitting near the Conversnitch throws out any Game of Thrones spoilers. 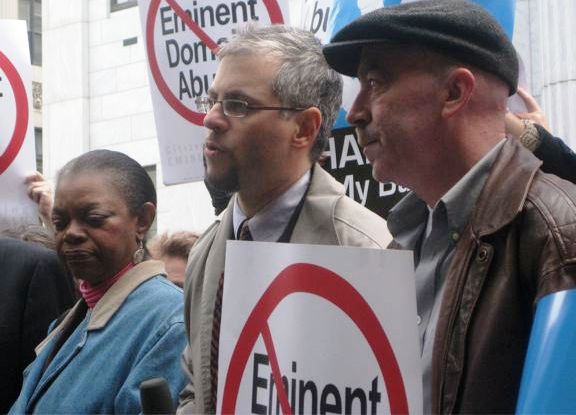