The U.S. Attorney’s Office has filed suit against The Durst Organization, the second major New York developer to come within the cross hairs of the federal government in a dispute over what does and should constitute accessible housing. The federal government alleges that Durst “has engaged in a pattern and practice of developing rental apartment buildings that are inaccessible to persons with disabilities.” Also named in the suit are The Helena Associates and FXFOWLE Architects, who designed the Helena, a 595-unit rental building in Hell’s Kitchen that is at the center of the lawsuit.

Durst, along with many of the other largest developers in the city, built the Helena and other buildings in compliance with what is known as Local Law 58, a 1987 city law that preceded the Americans with Disabilities Act of 1990 and was thought to be, by many in the New York real estate community, more stringent, particularly after it was updated to meet new guidelines in 2008. However, the federal government has taken the position that developments built to meet the requirements set out by Local Law 58 are inaccessible to people with disabilities and that buildings’ kitchens and bathrooms must be renovated to better accommodate wheelchairs.

This afternoon, the Durst Organization pushed back against the allegations, arguing that developments built to the city code satisfy the guidelines set out by the Fair Housing Act and Department of Housing and Urban Development.

“For the last 23 years, all multi-family residential construction in New York City has conformed to the Federal Fair Housing Act by adhering to the City’s Code which satisfies HUD guidelines,” the company wrote in a statement. “DOJ is now alleging that New York’s code is deficient; this impacts 175,000 units of housing built since 1991 and creates chaos for the development of new units. In addition, in the eight years since The Helena opened, Durst has not received a single complaint from a resident regarding accessibility.”

To bolster its argument, Durst pointed to HUD guidelines, which stipulate that “if a state of unit of general local government has incorporated into its laws the requirements set forth… compliance with such laws shall be deemed to satisfy the requirements of that paragraph.”

The suit against Durst was preceded by letters that were sent to dozens of Manhattan developers in 2008, threatening legal action if fines were not paid and modifications made. Since then, both AvalonBay and Friedland Properties/Costas Kondylis have settled with the federal government. But other developers say that earlier attempts to reach agreements have proven fruitless as the federal government has grown increasingly demanding.

Last month, the federal government sued the Related companies, as well as Robert A.M. Stern and Ismael Levya Architects, over allegedly-inaccessible developments in Battery Park City and Carnegie Hill. At the time, Related sounded a defiant note, writing in a statement that the company was “disappointed by the fact that we have been unable to reach agreement with the U.S. Attorneys’ office respecting the subject matter of the complaint, especially given our long-time commitment to accommodating disabilities… We have labored in good faith to reach a resolution, going substantially beyond what we felt was legally required.”

Though a short time later the U.S. Attorney’s office asked the judge in the case to delay a hearing because it was in “intensive settlement negotiations” with the developer, suggesting that Related was very much amenable to trying again.

The Durst lawsuit focuses on the Helena, a LEED-certified rental tower built in 2005, and alleges that “unless Durst’s discriminatory practices are enjoined, the inaccessible conditions at the Helena will likely be repeated in current projects, including rental complexes at 855 Avenue of the Americas and on West 57th Street between 11th and 12th Avenues.”

It is unclear if the de Blasio administration will attempt to intercede on behalf of developers and defend the validity of Local Law 58—the Observer is still awaiting a response to its request for comment. Under Mayor Bloomberg, the city attempted to resolve the dispute, with corporation counsel Micahel Cardozo urging the U.S. Attorney’s Office in a letter to consider that “in the opinion of the city of New York, compliance with New York City Local Law 58 of 1987 satisfies the Fair Housing Act requirements.” 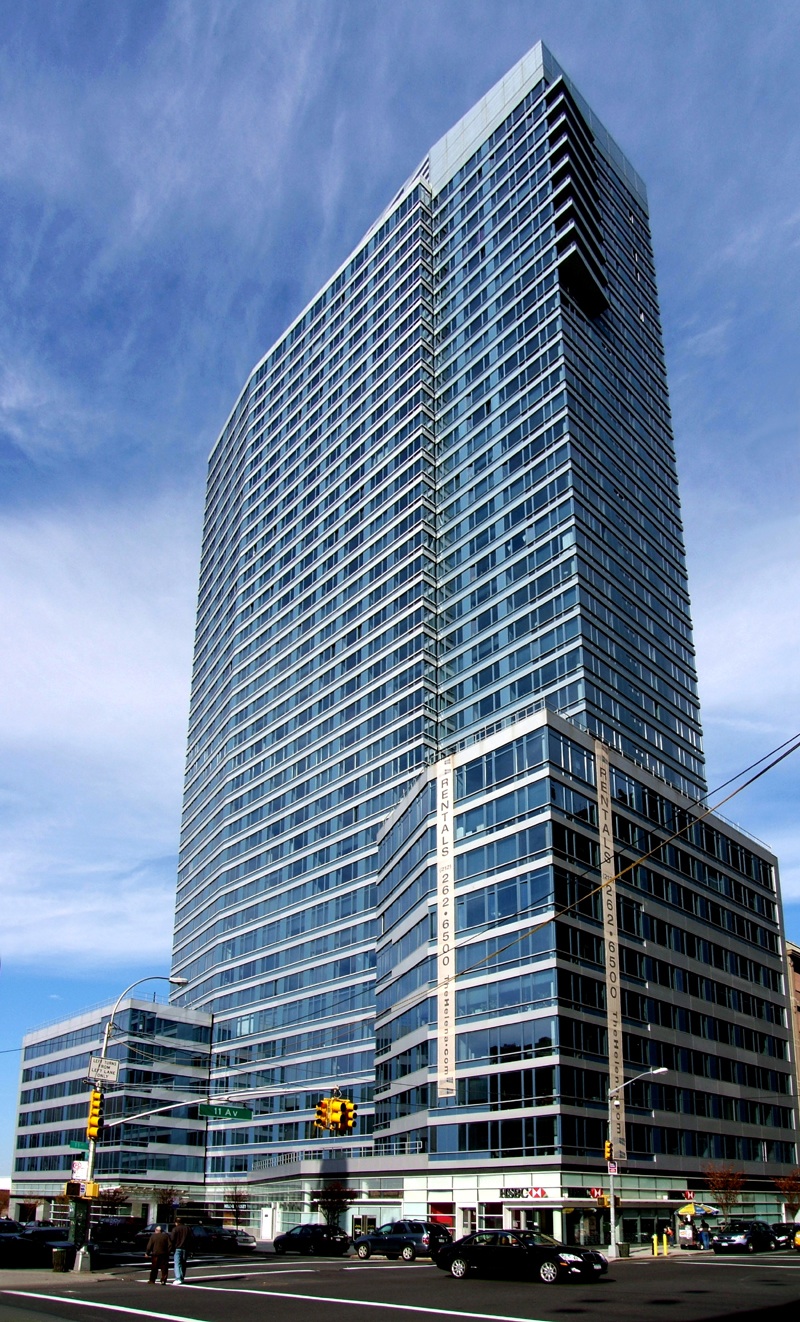