Are you ready to shake the habitual? I mean really shake the shit out of it until it dies a horrible death? Do you enjoy watching concepts from gender studies class come to life to dark, calypso-tinged synths? Is the idea of proletarian liberation more titillating than terrifying to you? Then you might be ready to go see artsy Swedish synth-punk group The Knife when they bring their awe-inspiring stage show to Terminal 5 for two nights this week.

Composed of brother-sister duo Karin Dreijer Andersson and Olof Dreijer, The Knife first became widely known for their breakthrough hit “Heartbeats” off 2003’s Deep Cuts, but last year’s towering manifesto Shaking The Habitual made an equal or greater number of waves in the music world with its sprawling structure (or lack thereof), freeform experimentation, and radical politics. Take the album’s opening track, “A Tooth For An Eye” (above, edited down from the album version). In the span of a few minutes, Karin sings about gypsy rights, the absurdity of nation-states, and the radical possibilities of music and dance in that spookily processed voice of hers. The song’s video, meanwhile, seeks to deconstruct “images of maleness, power and leadership.” All that, and you can shake your ass to it.

It’s also notable that this album utilizes acoustic instruments in addition to the usual electronic wizardry. From de-tuned zither to those omnipresent synths, everything fits together seamlessly to create a world both organic and artificial, frightening and exciting, dark and upbeat. A world I wouldn’t mind living in. Which is good, because this album is looooong.

Because I love the shit out of this band, I’ll also post the video for “Full Of Fire,” which deals with issues of gender, sexuality, class and bourgeois propriety. Also, specifically: a questionable government policy that gives tax breaks to wealthy families who employ maids at relatively low wages. And you thought Sweden was a socialist utopia! (Fun fact: Karin and Olof play the yuppie couple as a way of examining their own privilege.) These ideas play out over a deliciously anxious beat that warps and degrades even as it plugs on for nine minutes. When Karin keens “liberals giving me a nerve itch,” it’s supposed to be confrontational. She doesn’t care if you think her politics are utopian and dumb. By most rational measures, we are already living in a bona fide dystopia, which the music reflects. As a radical-leaning person myself, I’ve often felt frustrated to be in such a tiny and maligned minority, so it’s nice to know at least one semi-popular band is on my side.

That’s all well and good, you may be thinking, but how fun will it be to watch them do these songs live? Without giving away too much, I will say that I saw them last fall in Paris and it was dazzling, like Cirque de Soleil as interpreted by feminist performance artists from the future. In translating their monumental masterpiece for the stage, The Knife enlisted numerous supporting players (or are they the stars?) to do sick choreography in shiny costumes, play glowing neon instruments from outer space (or were they just pretending to play them?) and generally mess with your perceptions of things. There are video elements. Karin’s male alter ego makes an appearance. And the North American tour will be even better, because Shannon Funchess of Light Asylum will be joining them for the song she sings on the album (“Stay Out Here”) and who knows what else?

It’s definitely not for everyone, but when we saw this tour, my friend Ahmad and I alternated between looking at each other like “OMFG” and jumping up and down for at least an hour. The Knife doesn’t tour very often, so if you like them at all, I highly recommend shelling out the money and dealing with the awfulness of Terminal 5. The habitual won’t know what hit it.

The Knife plays Terminal 5 tonight and tomorow. Both shows are sold out, but as of now there are numerous tickets available at face value on Craigslist. 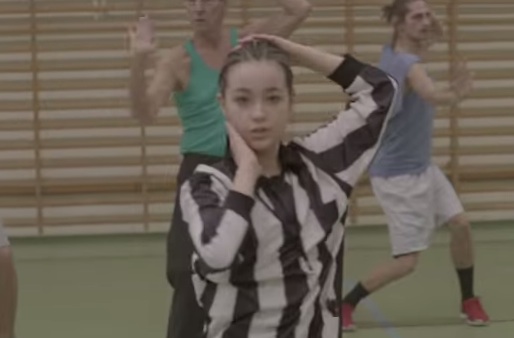 Filed Under: Entertainment, Music, Observer Music, the knife, a tooth for an eye, deep cuts, shaking the habitual