Few news organizations are as adept at conveying the sense of their own exceptionalism as The New York Times. The paper heavily emphasized the value of the Times brand this morning in a bid to attract advertisers to invest in video.

The Monday morning presentation at Dia 545, an art and event space in Chelsea, was the opening act at the third annual NewFronts, digital video’s version of TV Upfronts, the longstanding yearly tradition of networks previewing their line-ups to entice advertisers to buy commercial spots.

The Times, which has been beefing up its video department for some time, unveiled its new and improved video offerings, including more original content, redesigned navigation channels, a distribution partnership with Vimeo and a section of branded video content.

But the real sell was on the prestige of theTimes brand.

“For our readers, clicking on this site is the equivalent of wearing a swiss watch, driving a great automobile or holding a new apple product for the first time,” said Mr. Headlam.

In a direct bid to those and other luxury brands (Acura has already signed up as the launch sponsor), Times advertising chief Meredith Kopit Levien began her pitch with a clip featuring The New York Times Magazine in Netflix’s hit show House of Cards.

The line-up featured Times journalists and editors who have already made the leap to become video personalities, like David Carr and Mark Bittman, as well as new hires that the Times is hoping will, such as deputy technology editor Molly Wood and fashion editor and critic Vanessa Friedman (who starts at the Times next month).

“It isn’t my charm and good looks that has Eric Schmidt or Matthew McConaughey or Penelope Cruz or my colleague Tony Scott talking to me. It’s the fact that my last name is New York Times,” Mr. Carr said. “It conveys a certain amount of authority, a certain amount of traction.”

After the presentation, we saw David Carr standing in front of a video camera halfway down the block, reminiscing about interviewing actor John Goodman in response to a question about his journey as a video creator. 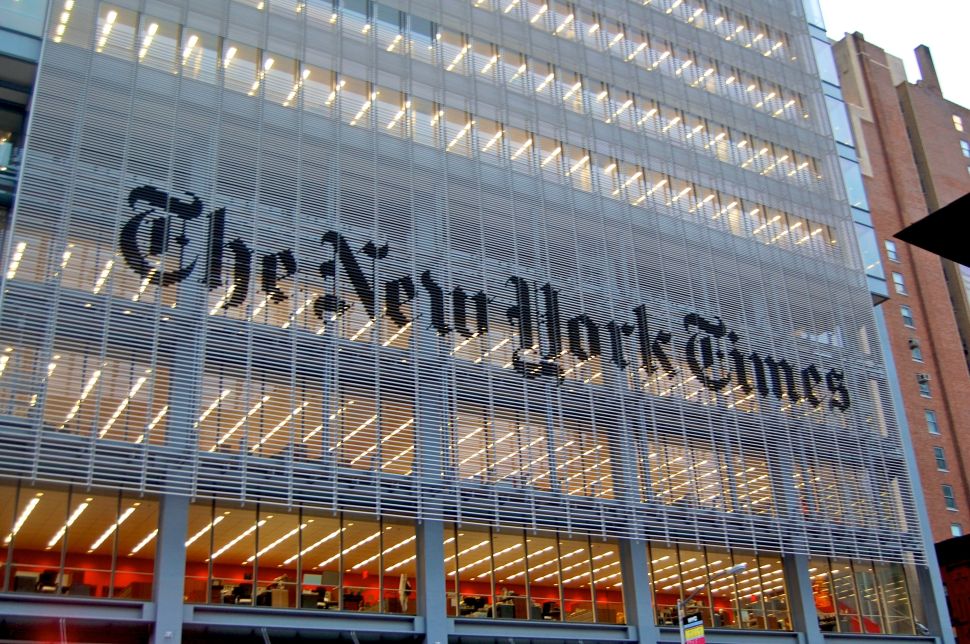