Residential real estate is a business known to attract a motley assortment. Its disciples include but are not limited to: recent college graduates, poets and people of early middle age beset with professional dissatisfaction. Some readers will recall that for several episodes, even Carmella Soprano—Tony’s wife—fancied herself a budding broker.

Perhaps because showing homes can seem to demand no particular expertise, because licensing requirements are modest and because many of us can think of an acquaintance or a friend of a friend—a reality star without much on the ball—who’s accrued profits, even minor fame through real estate, it appears an inviting option.

For most, though, the gambit proves ill-conceived. There is more to the trade than often occurs to outsiders and most new licensees must soon seek other work or flail unpleasantly. In New York City last year, there were nearly 2,000 such hopefuls.

Among them was former football player Bret Lockett, who is likely the only person in the world with a Twitter bio that reads, “NFL / Douglas Elliman Luxury Real Estate Professional.”

By the time most young men reach puberty, certain personal limitations of strength, speed and reflex begin to suggest themselves. For Mr. Lockett, however, they did not. For Mr. Lockett, who abandoned basketball and track to focus on football, there were few humbling signs.

“Since I was nine, I was always the strongest and fastest,” he told us recently, when we met in a conference room at Douglas Elliman’s Madison Avenue headquarters. “You’re always the best player, so you play everywhere. Coaches just try to find a way to give you the ball.”

At Diamond Bar High School, outside Los Angeles, Mr. Lockett’s coaches did their best to give him the ball. During his tenure there, he competed twice against Mark Sanchez, the former Jet and current Philadelphia Eagle. And in four years at UCLA, he would play—on special teams and at strong safety—in 48 out of a possible 50 games.

But in 2009, when Mr. Sanchez was selected in the first round of the NFL draft, Mr. Lockett went undrafted, signing as a free agent with the Cleveland Browns. After four preseason games, the team decided that he was suited best to the practice squad.

Mr. Lockett soon received a serendipitous call from his agent, who’d arranged a spot on the New England Patriots’ regular roster. Three hours later he was on a plane. His last check from the Browns, for 65 cents, reflected a $3,000 fine he’d incurred for missing a team meeting.

For rookies who do not enter the league to magazine covers and endorsement deals, life can be unglamorous. “You have no car, you don’t have any money, a lot of times you’re living in a hotel and you don’t know where you’re going next or when you’re coming back,” Mr. Lockett said. It’s a jarring comedown for young men accustomed to the reverence accorded college football stars. “You can get fined 10 grand for losing your playbook, and the older guys will hide them from you.”

In New England such indignities were aggravated by injuries and later, by strange, unseemly appearances in the media. Mr. Lockett hurt first his chest and then his groin, spending extended periods on the bench.

In 2011, he made tabloid headlines, alleging an affair with Kim Kardashian, which she denied, vowing legal action. Mr. Lockett ultimately admitted that the two had never met, that their relationship consisted only of explicit phone exchanges.

And without a trace of self-awareness, the reality star suggested that the revelation was an attention-seeking stunt.

Mr. Lockett, however, does not embarrass easily. More than 6 feet tall, heavily muscled and lantern-jawed, he retains the pervasive self-assurance that often follows even much lower-caliber high school football heroes into adult life.

His personal website describes his physique as “Adonis-like.” He favors oversized watches, snug blazers and sultry poses that would not be out of place on the cover of an R. Kelly album. A cousin of Etta James, he has self-released several rap songs, at least one of which he has called “a masterpiece.” He refers fondly to his entrepreneurial savvy.

Nursing an injured shoulder, Mr. Lockett completed his final NFL stint, with the Jets, in August.

“It’s frustrating,” he said. “You’re used to feeling like you’re Superman—running through walls and coming out the other side.” An unpleasant dissonance arises from the sudden inability of a seemingly flawless physical specimen to complete the tasks it was sculpted to perform.

He continued ruefully: “In the NFL, no one controls their own destiny.”

When Mr. Lockett joined Douglas Elliman last year he again found his autonomy restricted. “I’m the type of guy who likes to take the bull by the horns,” he said. “And it was a slow process.” With no real estate experience, he received clerical assignments and no listings of his own.

“I know what I’m worth,” Mr. Lockett said. “I know what I bring to the table. I’m going to bring a realm that you might not have.”

He soon switched to a more welcoming sales team. Today, Mr. Lockett has several listings, but no deals so far. He recently re-tweeted a message from Dottie Herman, the indomitable CEO of Douglas Elliman.

As we packed our belongings, we asked Mr. Lockett if it felt strange to be a beginner after spending so many years among the elite of a prohibitively competitive field. “Not really,” he said. “For some, that doesn’t ever end.” 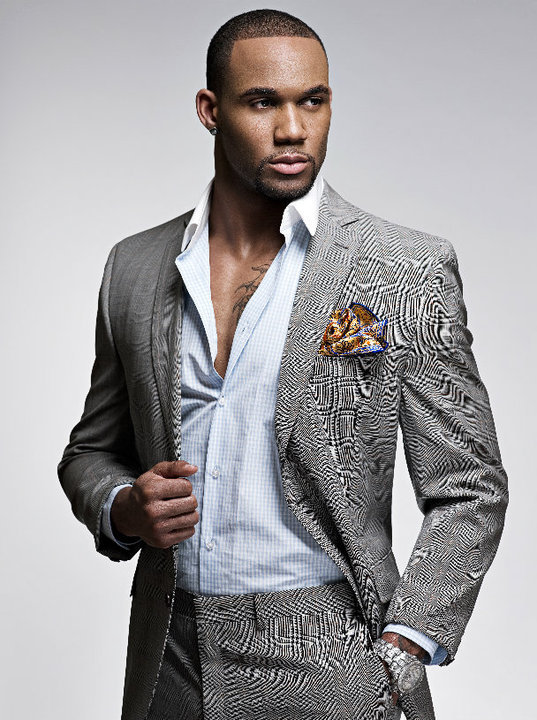