Governor Cuomo is taking a political beating on a new front these days, although it is worth noting that none of his colleagues in Albany seem particularly upset with him. Then again, that makes perfect sense. Mr. Cuomo has drawn the wrath of editorial boards, good-government advocates and—most significantly—U.S. Attorney Preet Bharara for folding a Moreland Commission investigation into Albany’s culture of corruption. The burst of wind you just felt was a collective exhale from the State Legislature.

Mr. Cuomo’s decision is unfortunate, especially in light of his own rhetoric last year, when he put together the commission because the Legislature was unwilling to act on its own to pass significant political reform. “We must root out corruption in politics and government,” Mr. Cuomo said at the time.

Mission accomplished? Not exactly. If Mr. Cuomo wants to make good on his promise, the shutdown of the Moreland Commission may present an opportunity to change the culture from the outside.

Enter Mr. Bharara, who announced that he was “disappointed to learn” of Mr. Cuomo’s action, a notable public rebuke from a federal prosecutor. Mr. Bharara has asked the Moreland Commission’s staff and commissioners to turn over their files to his office.

Mr. Bharara’s actions make it clear that the effort to clean up Albany has not come to an end, even if the governor saw no further use for his commission. If legislators, lobbyists and other special interests were relieved when the governor shut down his investigation two weeks ago, they now have reason to resume sweating.

Mr. Cuomo has a chance to achieve his goal by aligning himself with a truly independent probe of Albany’s shenanigans. After all, there were legitimate concerns about his commission’s independence in the first place. For example, the Daily News recently noted that the commission’s co-chair, Kathleen Rice, the Nassau County district attorney, received nearly $300,000 in campaign contributions from plaintiffs attorneys Perry Weitz and Arthur Luxenberg and their wives. Their firm, Weitz and Luxenberg, employs Assembly Speaker Sheldon Silver, a calcified symbol of the status quo in Albany. (Messrs. Weitz and Luxenberg have also been generous with Attorney General Eric Schneiderman, to the tune of at least $25,000, which has raised questions about the AG’s deafening silence regarding any involvement Mr. Silver might have had in the scam allegedly perpetrated by William Rapfogel, whose wife, Judy, is Mr. Silver’s longtime chief of staff.)

In retrospect, the governor clearly over-promised last year when he created the commission. But the goal remains worthy, and Mr. Bharara may be the person to achieve it.

Mr. Cuomo now must lead by example. Mr. Bharara can handle the rest. 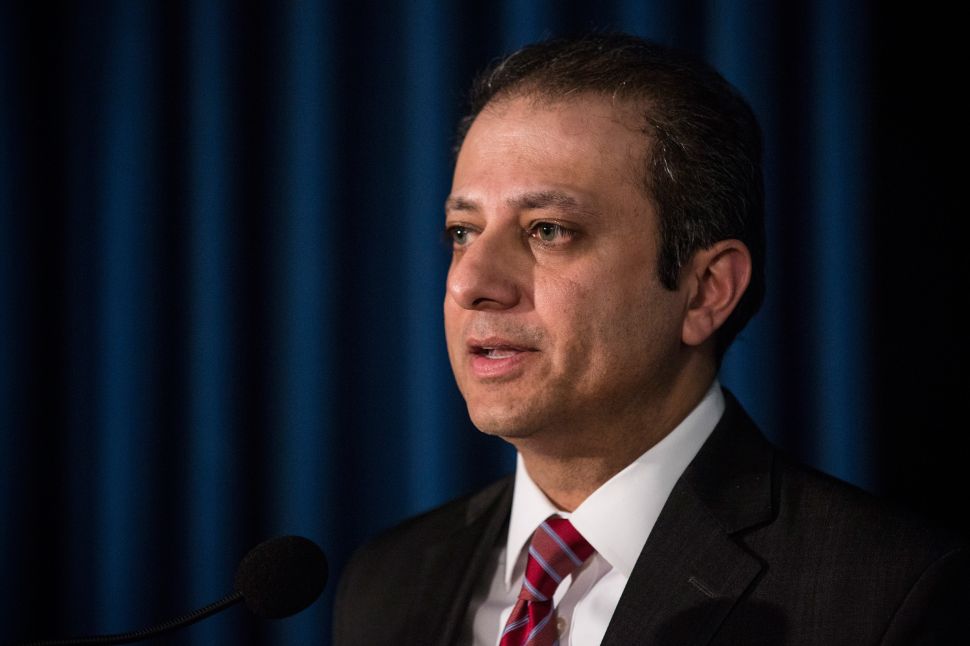