After nearly two years, the construction fences surrounding what NYU students refer to as “the sketchy corner” of Washington Square Park finally came down.

The southwest corner of the park, which has been under restoration since the summer of 2012, now features a building that will serve as a combination park house and “comfort station.”

This is much cooler and less creepy than it sounds. The building has ADA accessible public restrooms, so you don’t have to spend three hours waiting in line at Starbucks just to be denied access to the potty. It will also house headquarters for the Parks Department’s District Two staff and mechanical space that includes controls for the park’s fountain. And the building will be Silver LEED-certified, because socially conscious NYUers wouldn’t have it any other way.

The building isn’t actually opened yet, Phil Abramson, the Parks Department’s Director of Media Relations, told the Observer, but it’s “nearly complete and will be opened very soon.”

Also unveiled and accessible now is a refurbished section of the lawn, which consists of a whopping .87 acres of grass that New Yorkers can use for sunbathing and protesting and pillow-fighting and all the other weird stuff people do on parks. In addition, there’s the strange new climbing structure designed for older children (read: drunk college kids) pictured above.

This restoration is the third stage of a process that began in 2007 with refurbishment of Washington Square’s fountain and plaza. The park may look fresh and new, but thankfully those ever-present chess hustlers are still around. 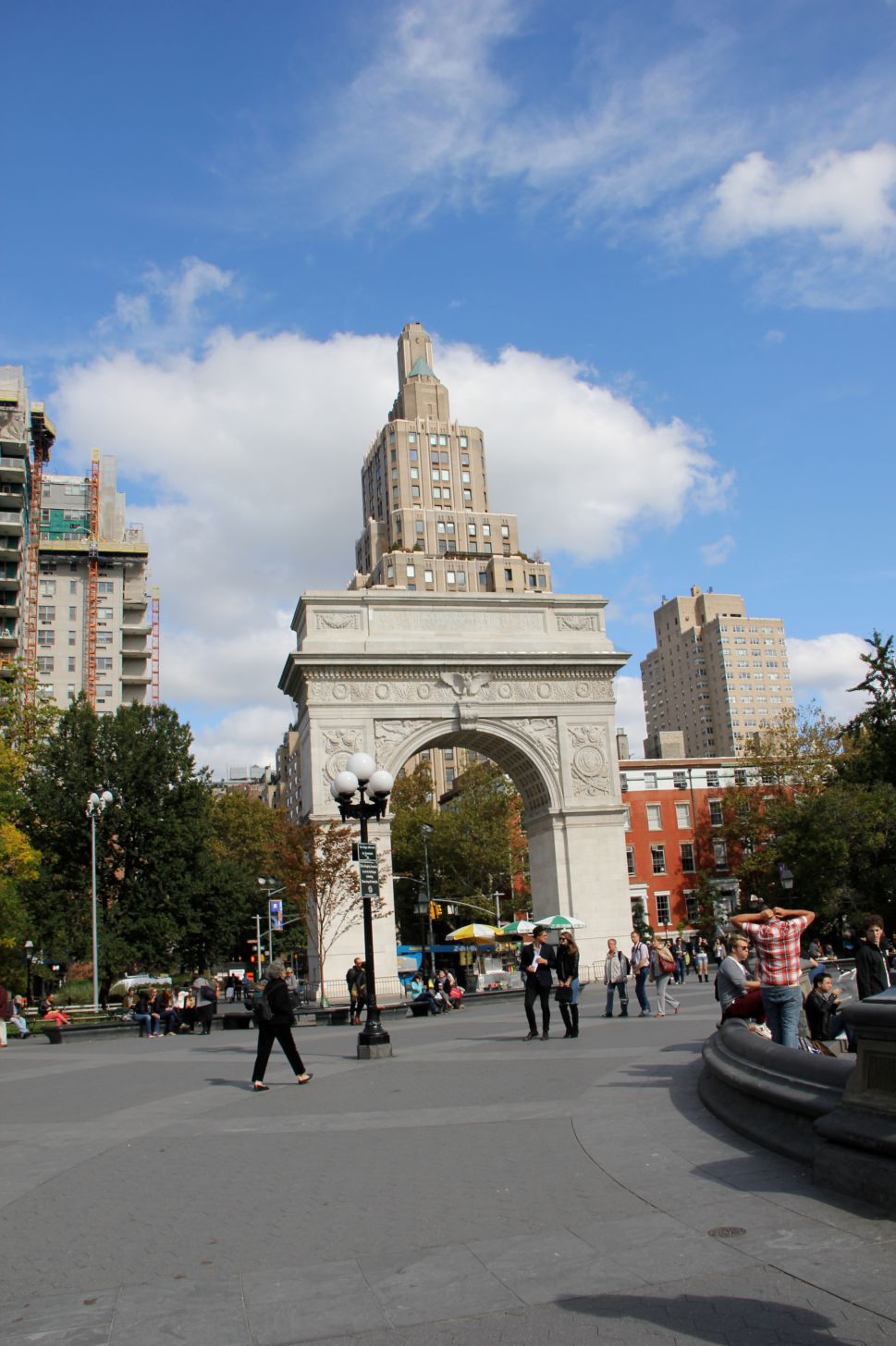