The tech company asked K-12 students across the U.S. to design a new Google logo using the theme “If I could invent one thing to make the world a better place…” A panel of Google employees narrowed the submissions down to 250 finalists, and then picked their favorite doodle from each state. According to CBS New York, Ms. Zhang’s piece, “Back to Mother Nature,” was selected from more than 100,000 submissions.

Her invention? A “transformative purifier” that “takes in dirty and polluted from rivers, lakes, and even oceans, then massively transforms the into clean, safe and sanitary , when humans and animals drink this , they will live a healthier life.”

But the winner gets the ultimate prize: his or her doodle featured on the Google homepage for a full day. Oh yeah, and a $30,000 scholarship, a Chromebook computer and $50,000 for their school’s technology program. And all you won in middle school was a Little League participation trophy.

The funding of our schools has been a hotter-than-usual-button issue for months now, but a $50,000 grant is something we can all get behind. So rep your state, New Yorkers. 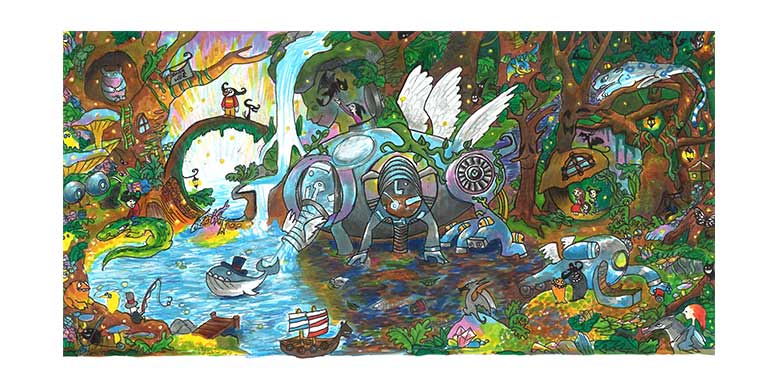