What ruins a morning commute more than a yellow cab on your ass?

For two years, a city cabdriver skipped out on the the Robert F. Kennedy bridge toll by tailgating other cars and sneaking though before the barrier came down, DNAinfo reported.

The Long Island City man was arraigned on grand larceny and theft of services charges yesterday at Queens Criminal Court.

“This type of behavior is egregiously unfair to the millions of honest, motorists who pay tolls every day,” Donald Look, chief of security for the MTA, told DNAinfo. “We will continue efforts to root out toll evaders and prosecute them to the fullest extent of the law.”

Investigators initially discovered the scam when they detected signals from an inactive E-Z Pass that was reported stolen in 2010.

Mr. Sanchez told investigators he knew there was no money on the E-Z Pass but used it anyway because he needed money for his family.

Security footage later showed a yellow cab speeding through the tolls without paying, and investigators were able to match up the footage with the times Mr. Sanchez was behind the wheel.

If convicted, Mr. Sanchez could face up to seven years in prison. 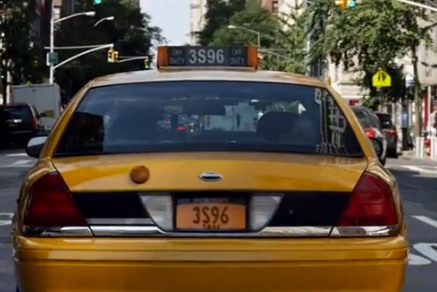