The Tribeca Film Festival starts today, and I am thrilled to return as a juror for the second time. I am so proud of my old friend, Jane Rosenthal, who, along with Robert De Niro, started the festival 13 years ago and has turned it into such an extraordinary celebration of film and Tribeca. This year, I will be judging the narrative short films, which are being presented in nine thematic programs. I have 33 films to watch: Good thing they are shorts.

Off to the welcome lunch at the Tribeca Grill Loft to meet my fellow jurors and catch up with friends. Afterward, we short film jurors will be deliberating. Pressure!

In the evening, I’m thinking of going to see the 50th-anniversary screening of Mary Poppins at the free Tribeca Drive-In Outdoor screening on the Hudson. I hear everyone arrives early to get a good seat and watch the sun set over the river. Afterward, it’s time to hear Damon Albarn perform at the Lincoln party celebrating the winners of the Tribeca and Interlude Music Film Challenge’s interactive music videos. Two concerts in two days! Lincoln party, by invitation only; Mary Poppins, Tribeca Drive-In, World Financial Center, Brookfield, 200 Vesey Street, 212-417-7000, 8 p.m., free I’m going to try to catch a feature film today, but I’m not planning it out. I’ve heard good things about Alex of Venice, Chris Messina’s directorial debut. Or maybe I will see Keith Patterson and Phillip Schopper’s documentary, All About Ann, about former Texas governor Ann Richards, a big she-ro of mine. I’m going to grab brunch with some friends, then head over to 23rd Street for Tribeca’s Master Class at SVA Theatre with Thelma Schoonmaker. I can’t wait to hear about After Hours, Raging Bull and all of those films she edited for Martin Scorsese. If there is one thing to take in at the festival, this has to be it. SVA Theatre, Theater 2 Beatrice, 333 W. 23rd Street, 212-592-2980, 2:30 p.m., free with ticket

Sunday, April 20: Catch Patrick Stewart in a Screening of Match

It’s always inspiring to be among creative and talented women. This year, Tribeca is showcasing 30 female filmmakers, and I am looking forward to meeting as many of them as I can at the Women Filmmakers Brunch.

Tonight at Balthazar is the annual Chanel dinner, which celebrates artists from this year’s Tribeca Film Festival Artists program, including Matthew Modine and Clifford Ross. It’s one of the most exciting events of the week. Balthazar, 80 Spring Street, 212-965-1414, by invitation only Back for the second year at the Tribeca is Storyscapes, an interactive, gallery-like experience at the Bombay Sapphire House of Imagination. The exhibition of five transmedia projects is free and open to the public, and there has been a lot of buzz about the Oculus Rift technology, which is going to be featured there, so R.S.V.P., and immerse yourself in the experience. Bombay Sapphire House of Imagination, Dune Studios, 121 Varick Street, 7th floor, 212-235-6500 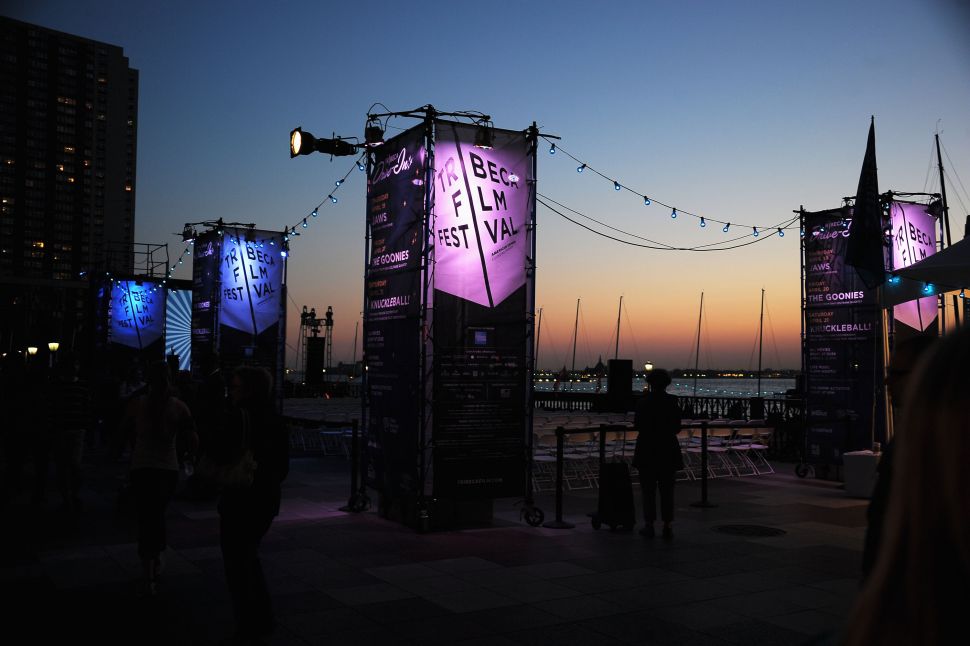