There’s something very New York about the fact that comedian Catie Lazarus can command a lineup as eclectic as Rosie Perez, Wallace Shawn and Taylor Mac for a discussion of her memoir, Handbook for an Unpredictable Life. Learn the secrets of Ms. Lazarus’ success while enjoying music by Beyondo. For those who can’t attend, Ms. Lazarus’ podcast, “Employee of the Month,” can be downloaded at employeeofthemonthshow.com/podcast. Joe’s Pub, 425 Lafayette Street, 212-539-8778, 7 p.m. (doors at 6 p.m.), $20

LIVE from the NYPL presents an evening with two very different literary icons, slackermeister Douglas Coupland and splattermeister Chuck Palahniuk, who aside from growing up in the Pacific Northwest in the 1970s would seem to have little in common. Perhaps they’ll discuss Mr. Palahniuk’s next novel, the sex-toy-themed Beautiful You, or Mr. Coupland’s upcoming Vancouver Art Gallery solo exhibition featuring Legos. Whatever the topic, you’ll want to get your tickets early. New York Public Library, Stephen A. Schwarzman Building, Fifth Avenue at 42nd Street, 917-275-6975, 7 p.m., $25 ($15 for NYPL friends, seniors 60 and up and students with valid I.D.)

Break out of your totally blah exercise routine at a Roaring 20’s Dance Workout taught by burlesque powerhouse Helen Pontani. After some yoga and pilates, you’ll learn the Charleston and find yourself shimmying like a flapper. Attendees are encouraged to dress in the style of the period. Preregistration required. This class is also offered April 26 and May 10.  440 Studios, 440 Lafayette Street, headmistress@schoolofburlesque.com, 1-2 p.m., $17 via schoolofburlesque.com

Usher in the final season of Mad Men at the Carnegie Club, where they‘ll be screening the premiere for like-minded enthusiasts. Light up a stogie, loosen your club tie and take a sip of Betty’s Bitter Rage (tequila, Campari, lime juice and ginger.) Carnegie Club, 156 West 56st Street, 212-957-9676, 8 p.m. (episode airs at 10 p.m.), free

Key West is the theme of this year’s Orchid Show, open through April 21, where you’ll find out the differences between vanda (rainbow orchids), dendrobium (cane orchids) and cymbidium (Asian corsage orchids), displayed amid geometric reflecting pools and trellises. Take a poetry walk featuring the words of James Merrill, Richard Wilbur and Elizabeth Bishop. Want to plant your own? Learn about common mistakes and how to rescue ailing orchids at a talk on troubleshooting (2 p.m. and 3 p.m.) New York Botanical Garden, 2900 Southern Boulevard, Bronx, 718-817-8700, 10 a.m.-6 p.m., $25

Missing your late-night fix of canceled show Totally Biased? Catch the comedian W. Kamau Bell at, yes, the Bell House on his “Oh, Everything!” tour, where the politically inspired comic will likely dish on the latest news, including his recent appearance on Real Time with Bill Maher, where race-related quotes by Paul Ryan and Michelle Obama led to a mini-media storm.  Bell House, 149 7th Street, Brooklyn, 718-643-6510, 8 p.m. (doors at 7 p.m.), $15 (21+)

Cambalache: One Night in Argentina promises it’s “not your typical swirling and sipping event.” Aside from offering 120 Argentine wines to celebrate World Malbec Day, you’ll learn how to pair your vino with musica, courtesy of professors Barry Smith and Charles Spence from the U.K., while graffiti artists Cabaio Stencil, Roma and Tec work their artistic magic, all while munching street food by Sur Empanada. The event will be repeated on April 17 at the same venue. Brooklyn Night Bazaar, 165 Banker Street, Brooklyn, 877-392-5730, $80 (includes food and unlimited wine), 6 p.m. 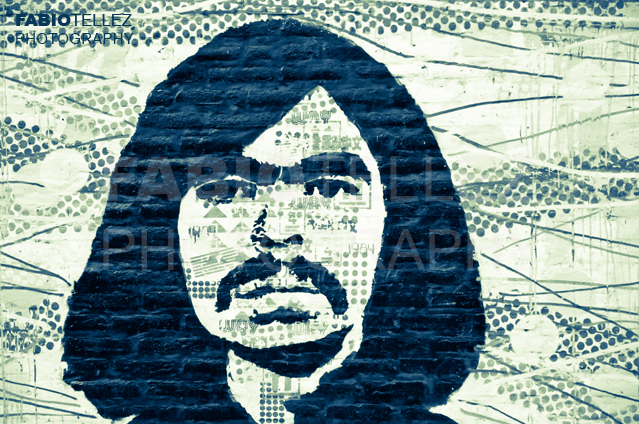