It’s not Shindigger’s usual thing to mix wine-fueled bavard at galas and movie premieres with religious traditions, but this year, we figured why the hell not? Passover was after all, just around the bend.

Unfortunately, Monday evening was cold, wet and not the best time to dance around town. Down at the Crosby Street Hotel, Vogue and the Cinema Society were hosting a screening of Turks & Caicos with Bill Nighy, Winona Ryder and director Sir David Hare, while up at the Plaza, Ballet Hispanico and its uptown patrons were honoring the Ford Foundation with its Civic Inspiration Award (and raising more than $1 million for new works in the process). Somewhere in the middle, Lena Dunham was receiving the Point Leadership Award at the New York Public Library, while her parents, artist couple Laurie Simmons and Carroll Dunham, were being fêted at the New York Academy of Art’s Tribeca Ball.

“Laurie and Carroll are two of the best figurative artists in the world,” enthused NYAA President David Kratz as he and chairwoman Eileen Guggenheim welcomed guests to cocktails in the garden. “They always push the boundaries.”

We asked him what his Passover plans were.

“I’ve never actually been to one!” he confessed. “I wish someone would invite me sometime.”

The event was sponsored by Van Cleef & Arpels, whose CEO and president of the Americas, Alain Bernard, said the eclectic crowd is always a highlight of the ball.

“It’s been quite some time since I’ve been to a seder, though,” Monsieur Bernard owned up. “I just relocated to New York, so it’s time.”

“I used to hide under the table and drink a lot of Manischewitz!” she guffawed.

Now Shindigger was positively delirious for some homemade charoset chased by a generous pour of kosher red. Somehow, we were able to whiz through the dreary rainstorm (as did power publicist Peggy Siegal) from Tribeca to Central Park’s Paris Theater, where Harvey Weinstein and guests were arriving for a screening of The Railway Man, starring Oscar winner Colin Firth.

The film is based on the autobiographical book by British Army signals officer Eric Lomax and recounts his capture and horrifying torture by the Japanese during World War II.

“I had to lose a lot of weight,” the dashing Jeremy Irvine said of playing the wartime version of Mr. Lomax. This is the War Horse star’s second film dealing with WWII, and this time he did his own stunts, including the film’s graphic depictions of torture.

Pulling out a torture device of his own, Shindigger asked him about the seder.

Finally, Shindigger made sure to say “shalom” to the star of the night and ask about his favorite Jewish holiday.

“I once did a film with a group of people who were from just about every country imaginable,” Mr. Firth recalled. “We were in a Chinese restaurant in Manchester, England, and it was Passover—an Israeli, an Arab Christian, a Muslim Egyptian and three Americans. Everybody said a prayer for Passover, [and] in the end, we all wound up singing around the piano with the Chinese owners!” 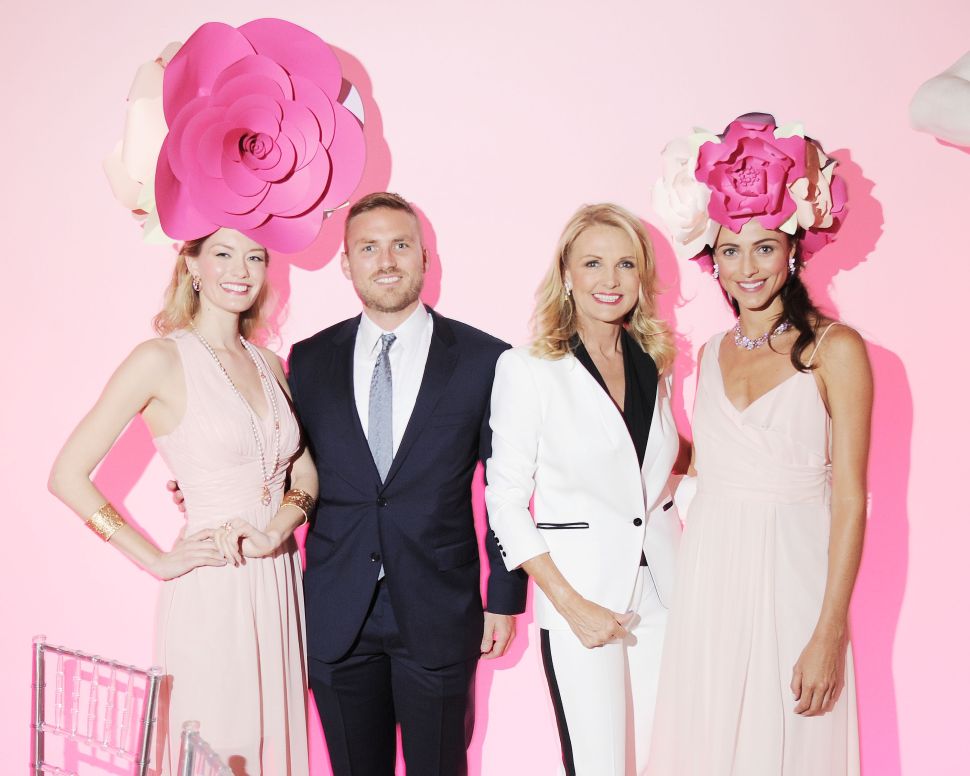