The allies of U.S. Rep. Bill Pascrell (D-9) are on the ground and operating alongside mayoral candidate Andre Sayegh, the city’s council president, showing more presence on the streets and precision tactics in advance of the May 13th election.

“Those are the folks that were with me and now they’re with him,” said Torres. “The fact that they were with me when I lost speaks volumes.

“Money gets you head-hunters,” the former mayor added. “Grassroots volunteers get you votes. Their campaign is strategists and money and party bosses. It was the same scenario four years ago and look what happened.”

Torres picked up an endorsed today. See that here.

Faced with putting down rival Sayegh, he also must contend with two Dominican candidates for mayor who say the Jackson administrator returned to city politics in time to find his classic Puerto Rican base supplanted by an ever growing Dominican community.

“Everybody is entitled to their opinion but at the end of the day voters will determine the outcome on Election Day,” Torres said. “The true value of my team is the work we put into it. The one who is best qualified to do the job is named Jose ‘Joey’ Torres, and I will not put the time, talent, or treasures to address my opponents but will stay focused on the campaign.

“I’m the one really prevailing and leading the pack here, which is why they’ve put the target on me,” the former mayor added.

At a forum last night sponsored by the Hillcrest Neighborhood Association, Sayegh and incumbent Mayor Jeff Jones both declared their opposition to curfews as a way of combating crime.

Torres likes a curfew, and so do the voters, he says, who twice affirmed the idea when put to a vote.

“My position is we have to have some dialogue,” Torres said. “What I welcome is an open dialogue with social services and the stake holders so we know how to shape it as we go ahead.

“We have to do something,” he added. “Doing nothing is not an option. We need to have dialogue with law enforcement community. The voters have indicated they want to do something about it, and so I  want to craft an ordinance that not only benefits their concerns but is constitutionally correct.” 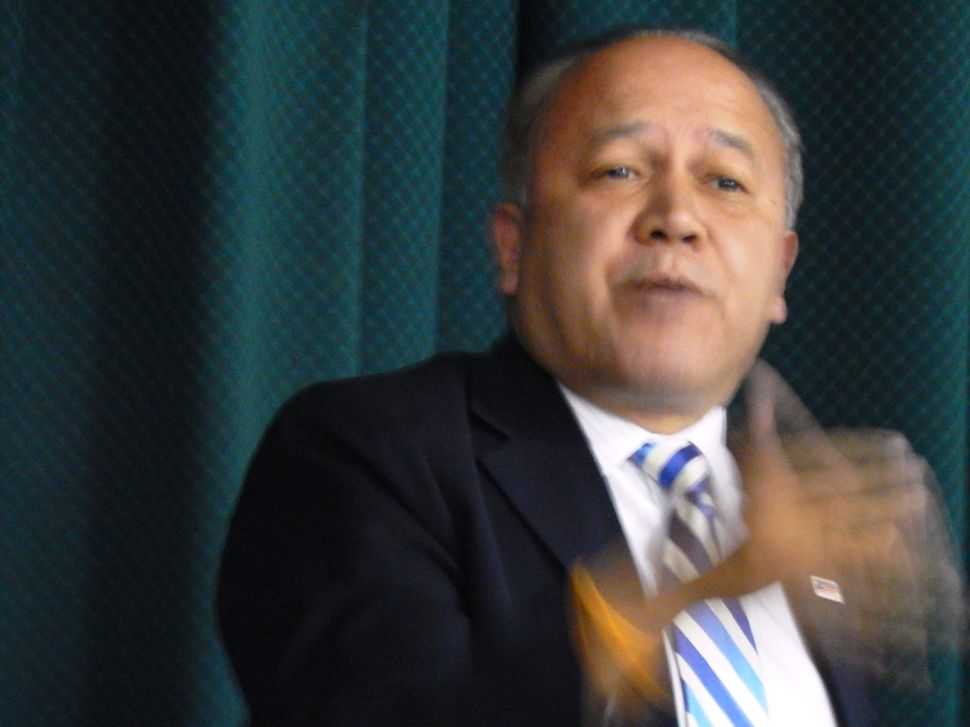