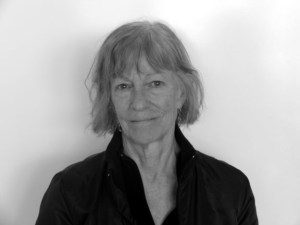 Joan Jonas has been selected to represent the United States at the 2015 Venice Biennale, with Paul C. Ha, the director of the M.I.T. List Visual Arts Center in Cambridge, Mass., handling curatorial duties with Ute Meta Bauer, the director of Singapore’s Center for Contemporary Art at the Nanyang Technological University. Carol Vogel delivered the news today in The New York Times.

“Joan has been a visionary for such a long time,’’ Mr. Ha told The Times. “Yet she hasn’t had much exposure in Venice.’’ Nor, for that matter, has she had a ton of exposure in New York recently. Despite being featured in a frankly epic number of prestigious international exhibitions (including no less than six Documentas, numbers 5, 6, 7, 8, 11 and 13), she has had few solo shows in the city.

It’s far too early to know exactly what Ms. Jonas, who is best known for pioneering work in video and performance, has planned for the exhibition, but according to the report, it will involve “a new site-specific installation for the 1930s Palladian-style structure that will incorporate video, drawings, objects and sound.”