A still from Clash of the Clans. (Photo via Flickr)

Question: You are a writer, tasked with analyzing popular culture for the purposes of edification, attention and profit. You’re going about your business, which likely consists of lamenting the lack of innovation in your chosen field. All of a sudden, something actually unexpected happens. A new genre emerges, instantly capturing the attention of audiences around the world with a basic structure that represents a radical departure from most everything on the market. What do you do?

The answer, of course, is to dismiss it as anathema, a dangerous threat to all that is good in the world and a pathetic diversion of the unwashed masses. Tried and true.

That’s what the world of traditional videogame journalism has decided to do regarding free-to-play mobile games, which happen to include some of the most popular games on Earth, enjoyed by millions. By way of background, I’m talking about games like Clash of Clans, Candy Crush, Farmville, Hay Day and many, many more: games that take relatively simple sim mechanics and insert waiting periods to stretch the experience. A crop might take four real-world hours to grow, a cannon might take six real-world days to build, etc. These games monetize by allowing players to skip the waiting period with cash.

Here’s the Escapist’s Jim Sterling in a trademark red-faced rant that brings to mind some 17th century critic railing on popular theater, or maybe the same man in the 19th century decrying the rise of the novel, television in the 20th, videogames in the 1980s, so on and so forth. It’s new, it’s popular, it’s evil:

“I think I’ve decided that the free to play mechanic of forcing players to sit and wait unless they pay money for immediate reward is the very worst, laziest, most pathetic game mechanic of all…there’s no f***ing game there, the entire thing is a scam, a hoax, a fabrication, a cynically designed cash transfer system whereby some hack developer enthralled to electronic arts gives you not a game, but the idea of a game, a paper thin concept of a game, and …”

Of course, what he means by “a game” is “a game that I’ve played before.”

Sterling may be an especially pompous example, but his point of view resonates throughout the world of games writing. There is the sense that any game with waiting periods built in are just plain bad, and any good aspect of the game relates to its ability to resemble something else. Recently, the makers of traditional franchise’s Dungeon Keeper and RollerCoaster Tycoon attempted to take their properties and re-envision them for a modern mobile audience. The actual products left a lot of room for improvement, but the video gaming community just heard “mobile” and immediately started spewing bile. It’s a little embarrassing.

What so many traditional videogamers fail to understand is that timers in casual games are a feature, not a bug. To someone used to playing old-style sims, a three-hour wait is a ridiculous gimmick that serves no other purpose than harvesting microtransactions. “Why wait?” They think. “I want to play now!” Here’s Peter Molyneux, designer of the original Dungeon Keeper:

“I felt myself turning round saying, ‘What? This is ridiculous. I just want to make a dungeon. I don’t want to schedule it on my alarm clock for six days to come back for a block to be chipped.”

The key phrase here is “I don’t want.” Molyneux is right, he doesn’t “want” that. But what if someone does? That six day wait does more than insert an artificial barrier into the gameplay (something traditional games do all the time). It makes it so that the game doesn’t just exist during play sessions—it stretches itself out over weeks and months, making it a small part of your life rather than a momentary diversion. I do, in fact “want” to set my army to train in Clash of Clans and then come back in an hour to make an attack. It’s a way to give life structure that revolves around something fun and satisfying. It’s a more “casual” way of playing a game. And wouldn’t you know, that’s just how people describe it!

A quick look at the iOS app charts reminds us that I am far from alone in “wanting” that.

What the most successful games in this genre do is actually very similar to traditional MMOs (think World of Warcraft, etc.), which throw up artificial barriers in the form of making you kill the same skeleton several hundred times before you gain the level you need to use the sword to kill the bigger skeleton. It draws the experience out over a longer period of time, giving the player room to feel a sense of accomplishment and the company time to harvest a subscription fee. In a certain sense, the time gate is a just a more straightforward, honest gate than the old model.

That’s all beside the point: these games don’t need to justify their existence. They’re a real, established genre, worthy of criticism on their own terms. Nobody asks game writers to like new sorts of games—everybody’s entitled to like what they like. But there’s a galling snobbery inherent in dismissing these games out of hand just because they don’t resemble something you’re comfortable with. It’s the same old story: modern games don’t innovate enough, modern games innovate too much, if only I could be fourteen and play Zelda for the first time forever.

There remains room in the gaming industry for old-style games, for obsessive sims, MMOs, shooters, RPGs and whatever else someone might want. There’s also room for free-to-play farming sims. Things are expanding, and there is no one games audience anymore. That’s a great thing. If only the writers and players that spent so long trying to justify their hobby as a legitimate pursuit could take a breath and realize that they’ve become the reactionaries they most despise. If history serves, they won’t. 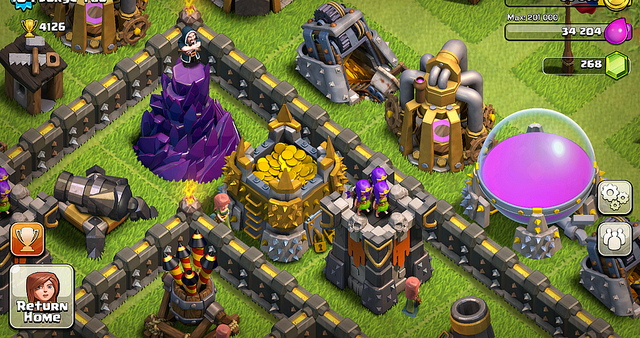