“Workers who need time off to care for themselves or a family member should not be forced to make the unfair choice between their health and a paycheck. Guaranteeing a minimum standard of earned sick leave for all workers is the compassionate and the sensible thing to do for our state. It will create a healthier and safer work environment for employees, but also will protect the health of the public. Businesses, in turn, will benefit from these improved conditions,” said Weinberg. “Cities across the country, and in our state, have already moved to provide earned sick leave to workers. Implementing a strong earned sick leave law in New Jersey that benefits workers, businesses and the public health statewide just makes sense.”

In the summer of 2011, Connecticut passed the first statewide paid sick days law, followed soon after by a city-wide law in Seattle adding to the existing laws in San Francisco and Washington, DC. Earlier this year, Newark, and late last year, Jersey City, adopted some of the strongest paid sick laws in the nation. Just this April 1st, New York City strengthened their sick days law. Already, through these local actions and others, more than 2.1 million Americans newly won the right to earn sick days.

“Victories for earned sick days in Jersey City and Newark have put New Jersey at the forefront of this nationwide fight for economic security. Now advocates and elected officials are building on that momentum to enact earned sick days statewide,” said Phyllis Salowe-Kaye, Executive Director of New Jersey Citizen Action and member of the NJ Time to Care Coalition.

“NJ Working Families Alliance stands with the 1.1 million workers who can’t earn a single day to care for themselves or a sick family member.  Denying workers paid sick days is inhumane, and the right to earn paid sick days should be extended to every single worker in New Jersey,” said Analilia Mejia, Executive Director, NJ Working Families Alliance.

New Jersey’s bill, if passed, would cover all workers and give them the ability to not only stay home to care for themselves when sick, but for a family members, including children, parents, siblings, grandparents and grandchildren. Unlike the Connecticut law, the New Jersey bill covers all workers regardless of the size of the business or the industry sector in which it falls.

“This bill is the result of a collaboration between our office, advocates and the business community. It’s the right thing to do for workers, but it will also improve public health. Recent research shows that the policy will also have a positive effect on businesses and the economy,” said Assemblywoman Pamela Lampitt, who is the main bill sponsor in the Assembly. 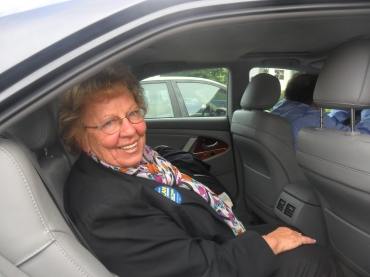