The sea level around New York City has risen nearly one and a half feet since the mid-19th century, mimicking a worldwide trend. But the maximum height of the city’s storm tide has also grown by about a foot, according to a new study accepted for publication by the Geophysical Research Letters journal, which means New York is 20 times more likely to flood than it was 170 years ago.

In a “10-year storm”–a storm with a 10 percent chance of happening in any given year–the around our beloved metropolis can reach a max height of six and a half feet, the study said. In 1844, the max height was 5.6 feet, and New Yorkers could expect Wall Street to become a swimming pool only once every 100 to 400 years. Now, the data suggests, we can expect  to slosh over the 5.74-foot Manhattan seawall once every four or five years.

In case you hadn’t already guessed, Hurricane Sandy was the largest storm surge since at least 1821, according to Mashable; tides reached nearly 14 feet and caused some unbelievable flooding. But even a less intense storm could wreak havoc, since the subways start filling with when the tide gets to 10.5 feet.

Stefan Talke, a professor at Portland State University who led study, told Mashable that rising sea levels aren’t the only reason for the increased risk of -logging. Since the 1800s, New York has lost 85 percent of its wetlands, and the depth of the Lower New York Bay shipping channel, originally 24 feet, has been doubled to accommodate bigger ships. So now you have another reason to dislike cruise ships.

Back in June of last year, then-Mayor Michael Bloomberg proposed a $20 billion flood protection plan, which included sea walls, sand dunes, and a new pseudo-neighborhood called “Seaport City” on the east side of Manhattan that would presumably be flooded (ahem) with hipsters.

Mayor Bill de Blasio has been making some progress of his own. Earlier this week, he provided updates on his new Office of Recovery and Resistance. But if Mr. Talke’s study hasn’t convinced you that flooding is a major threat to New York, just remember that the Gowanus Canal exists, is disgusting and spilled over (or slithered) onto Red Hook street during Sandy. 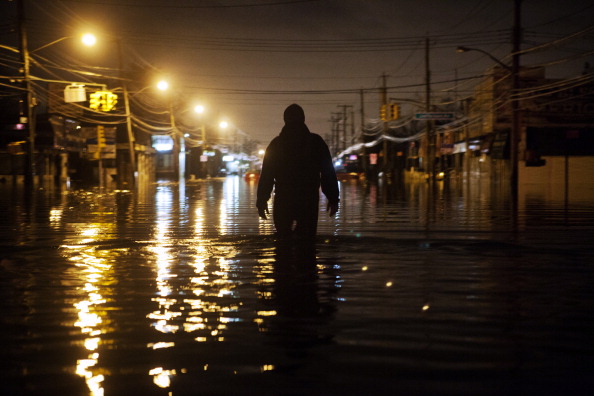