Last Friday I was reading John Seabrook’s Talk of the Town piece on Lady Gaga, who performs in the last-ever show at the Roseland Ballroom tonight, when a date tripped me up. Mr. Seabrook writes that the music venue, to be replaced by a 59-story apartment building, “has been at its present location since 1958, when it took over a building that once housed the Gay Blades Ice Rink.”

1958? Since word of Roseland’s imminent closure got out last fall, news venues have contradicted one another in reporting on the exact date the club moved from the corner of Broadway and 51st Street to its most recent spot, on West 52nd Street. Some say 1956 (CBS, the Post, Spin, USA Today), while others say 1958 (Rolling Stone, Billboard).

The matter seemed settled when Lori Holcomb-Holland opted for 1956 in a detailed Roseland timeline published late last month in The New York Times. “Roseland’s original location closes on Dec. 28,” the timeline says of that year, “but it reopens the same night one block away, at Broadway and 52nd Street.”

Given The New Yorker’s rigorous and seemingly infallible fact-checking apparatus, however, one wants to give the magazine the benefit of the doubt. When asked in an email where the information came from, Mr. Seabrook and Peter Canby, the magazine’s head fact-checker, said that a press contact gave them the date.

That doesn’t seem like a good enough source, considering the confusion. Neither Mr. Seabrook nor Mr. Canby would confirm who the press agent was. A representative of Live Nation, which books the club, said the date was 1956, as did the venue’s director of special events.

It turns out Ms. Holcomb-Holland had hard evidence to back up her claim. Her source was a charming old Times article by Milton Esterow, titled “Roseland Moves Around the Corner; Waltz Closes Ballroom Opened in 1919.” The date it ran? Dec. 28, 1956.

Roseland, the ballroom through whose portals have passed the Bunny Hug, Charleston, Turkey Trot, Black Bottom, Big Apple and 20,000,000 disciples of the dance since 1919, closed its doors for the last time at 1 o’clock this morning.

Roseland, scene of such phenomena as a public jazz wedding, a sneezing contest for hay-fever victims, marathon dancing and a series of female prizefights will come down at Broadway and Fifty-first Street to make way for a new building.

But without missing a beat or a paid admission, Roseland, the “home of refined dancing” will open promptly at 7:30 o’clock tonight in a new $2,500,000 home just around the corner on Fifty-second Street, west of Broadway. A “magnificent metropolis of melody and merriment,” is the way they are billing it.

If you’re skeptical of the future tense used there, you can take solace in this March 2, 1966, Times article by Clive Barnes, which, in one paragraph, sums up the blurry history of the storied venue:

Roseland Dance City opened in Philadelphia in 1917. It closed in Philadelphia (that’s show business) some two years later. Since 1919 it has been a permanent fixture of the New York scene, moving to its present site on 52nd Street just west of Broadway right at the end of 1956.

That should settle it. And yet the Times has contradicted itself on at least two occasions, which adds to the confusion. A caption at the bottom of an 18-year-old Christopher Gray article says the venue re-opened on Dec. 21, 1956. And a preview by Jon Caramanica says 1958 was the date Roseland moved to its current location.

To make matters worse, another piece in the Times’s online archive seems to imply that the second iteration of the club was demolished in 1957, not 1956, as an encyclopedia of New York City suggests.

What accounts for all this inconsistency? The wrong date probably surfaced when Billboard, which broke the news of the club’s impending closure back in the fall, said Roseland opened at its 52nd Street location in 1958. Perhaps the publication was getting its information from the same press agent as The New Yorker. As for the other contradictions, we’ll probably never know.

Let’s just hope that 50 years from now it won’t be so difficult to figure out when the venue closed for good. 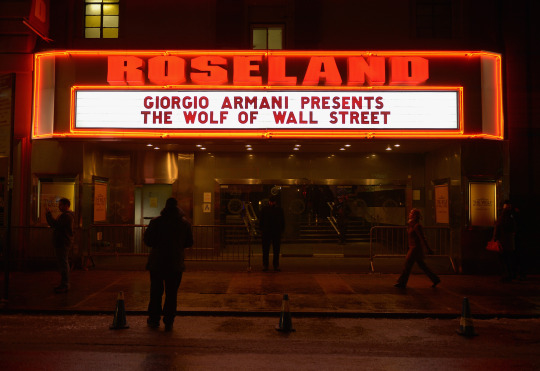