PATERSON – The man many believed was most responsible for coat-tailing Jeff Jones to executive power four years ago today made it clear he wants his word to convey Council President Andre Sayegh onto the mayor’s throne.

Standing in front of City Hall, Assemblyman Benjie Wimberly (D-35), the city recreation director, football coach and top vote-getter when he ran for the council in 2010, threw his support behind Sayegh.

In this fast-intensifying eight-person race with two weeks and a day to go, the endorsement of this politically potent player again signaled the commitment the Democratic Party has to Sayegh.

Today, Pascrell also appeared alongside Wimberly to deliver his endorsement. 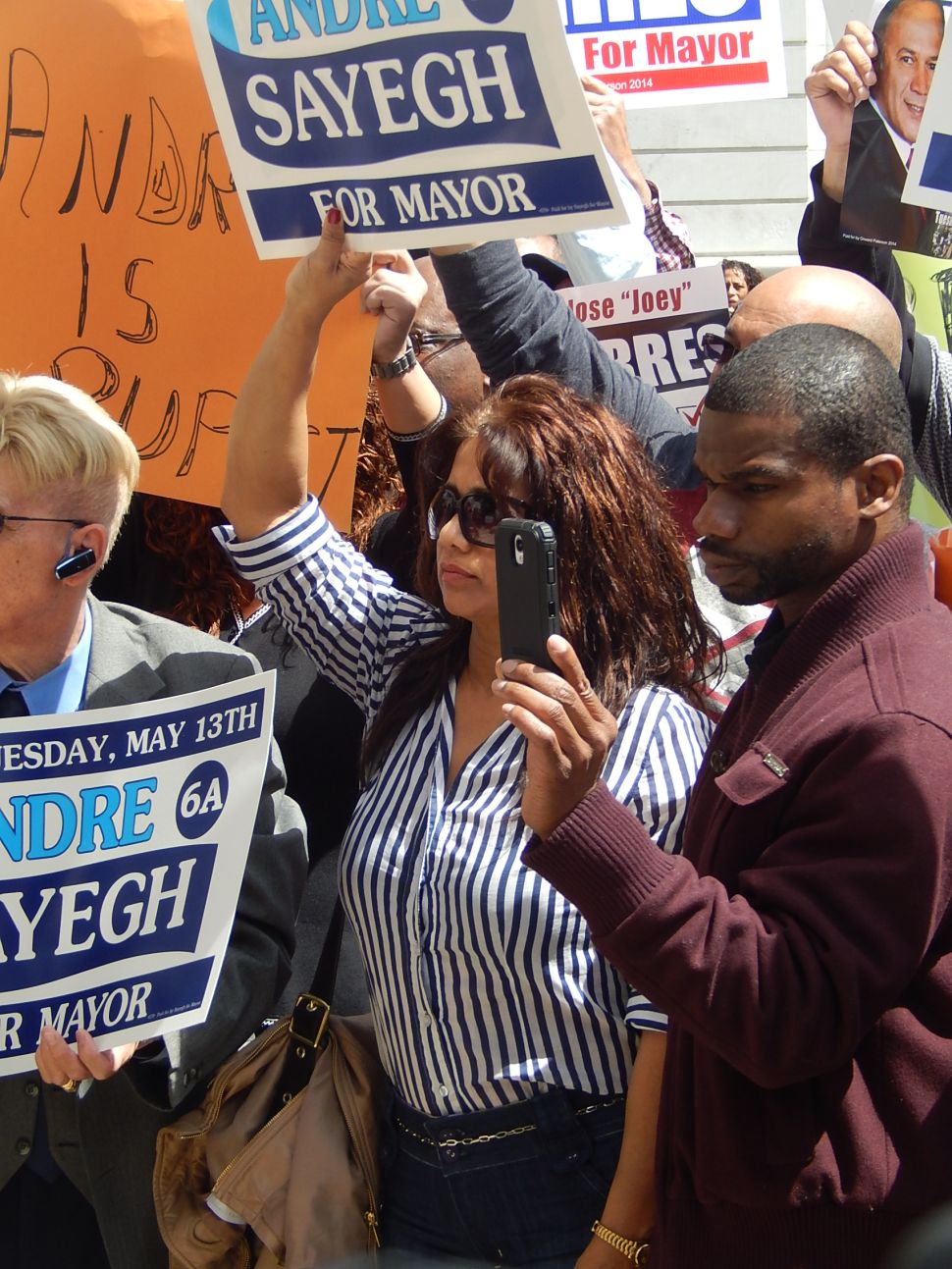