A worker at the Midtown Dream New York Hotel fell eight stories to his death from scaffolding surrounding the building. Eyewitness say he landed on a sidewalk shed situated at the front entrance of the hotel on W. 55th.

“He was working on the scaffolding and he fell,” Jennifer Harvey, an executive assistant at the Victoria’s Secret across the street, told the New York Daily News. “It was absolutely horrible. It’s something I can’t unsee.”

Cops say the worker, who has yet to be identified, was working alone around 2:10 p.m. when he fell. There is not yet word on what caused him to drop, but detectives are investigating the scaffold and surrounding area.

According to Ms. Harvey, officers refused to cover the man’s “crumpled” body during their investigation.

“We came down and asked (cops) to cover the body out of respect,” she said. “They said, ‘No, because it’s under investigation.’” 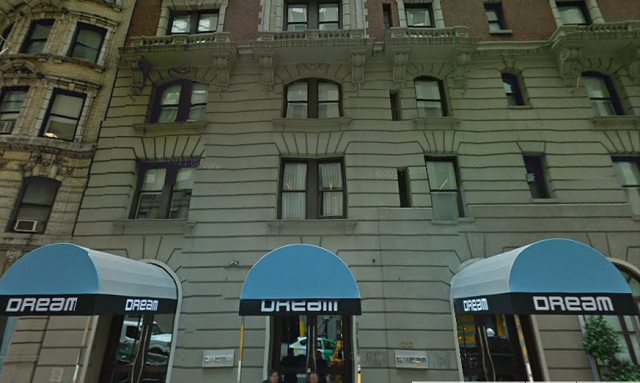