1. What’s it going to take for people to believe Jack Bauer is a good guy?This is the episode where a handful of characters finally begin to come around on the idea that Saint Jack Bauer, the living embodiment of utilitarian morality, is not, in fact, trying to commit an act of terror but is instead trying to prevent one.The first person to suggest that Jack might be telling the truth is Jordan, a CIA desk job guy, but this doesn’t matter because Jordan is lowly — which we know because he wears a goatee and a hoop earring and is named Jordan. Next up is President Heller, who momentarily believes Jack after speaking with him on the phone. But Heller quickly changes his mind — not because of his Alzheimer’s, which seems to have conveniently subsided for the time being, but because he’s talked out of it by Chief of Staff Tate Donovan.And it takes Field Agent Barbie (aka Kate Morgan) the entire episode to get there, but she finally gives in to reason and becomes Jack’s ally in the final moments of the show. Ah, friendship. I’m sure that one day they’ll both have a big laugh about the time Morgan totally thought Jack was a terrorist and nearly let him be slaughtered by the American military, thereby allowing a hijacked drone to explode the U.S. President into a million pieces.
2. Was Michelle Fairley’s character more Lannister or more Stark in this episode?The terrorist mastermind Margot Al-Harazi proves herself to be utterly ruthless in this fourth hour. When her son-in-law Navid gets cold feet about taking control of the U.S. military’s drones and using them to massacre half of London (buck up, Navid, my god), Margot resorts to torture to get the kid to comply. But she doesn’t actually harm him, deciding it will be more effective to torture his wife. So she chops off her own daughter’s finger, thereby making Simone the Jaime Lannister of the show and herself the ugly-guy-who-chops-off-Jaime’s-hand of the show.Eat your heart out, George R. R. Martin.3. Hey, so is “24” just a metaphor for being gay in the modern world?Nope! It most definitely is not that.Unanswered Questions

1. Is Kate Morgan the female Jack Bauer?Potentially. There are some strong similarities between Agent Morgan and Jack. In the very first episode, we learned that Agent Morgan is being transferred stateside because her husband turned out to be an evil, villainous traitor and Morgan was oblivious to it. But she decides to stay on and help with the Bauer case anyway, simply because she feels it’s the right thing to do. (Total Bauer move!) Morgan is a renegade, but she has a heart of gold. In this episode, she crawls through an air vent to save Jack from a military ambush, essentially defying the orders of the President and putting herself in the line of fire. But it works, almost inexplicably, which is the most Jack Bauer thing of all.2. Is a bad guy in a scarf more intimidating than a bad guy not in a scarf?Adrian Cross — the stand-in for Julian Assange/Edward Snowden/that devious T.A. from college who emailed everyone the midterm questions the night before the exam — isn’t exactly a villain. Adrian screwed Jack over in the previous episode, but now seems to be tentatively on his side. Nevertheless, Adrian has an undeniable air of evil about him. Like, dude seems nefarious as hell. And part of that might be due to the black scarf he keeps knotted around his neck at all times. Granted, the thing isn’t as sinister as an ascot, but it isn’t exactly inviting either.Without the scarf, Adrian is simply an icy, frowny-faced Brit who has access to the world’s most closely-guarded secrets and a vendetta. But with the scarf? Well, I guess he’s that guy, but with a very warm neck. 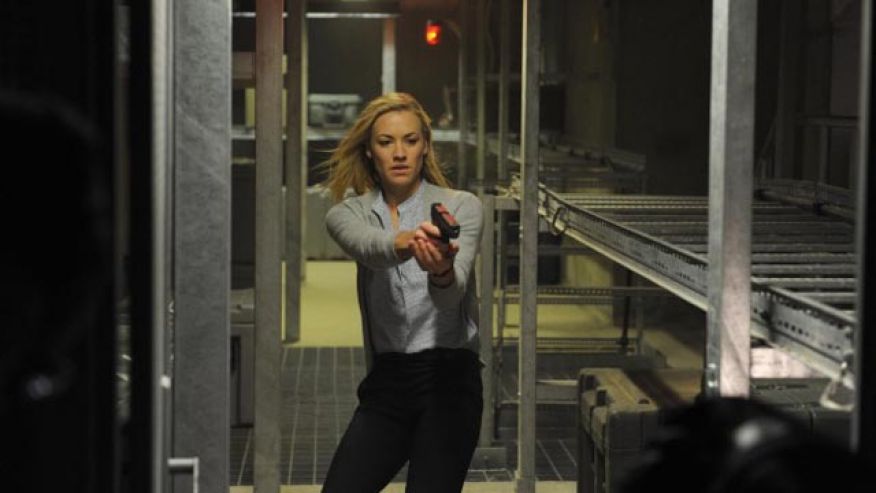