Scandinavian pop music is kind of the best. The futuristic beats, the cute way they pronounce English words, their love affair with soul and R&B … their cool furry coats! And is it just me, or is this music often slightly more interesting than what you hear on Top 40 radio in the states? Maybe there’s something to be said for countries that value creativity enough to give artists money and services to keep them afloat while they work on stuff.

It seems there’s been an especially good crop of them these past few years; Robyn is still doing her thing, of course, and then we’ve got Lykke Li, Oh Land, Icona Pop and a bunch of others I probably don’t even know about. The latest Scandinavian to appear on my radar? Danish singer-songwriter Karen Marie Ørsted, who goes simply by “MØ” (pronounced kind of like “moo”), which means “maiden” or “virgin” in Danish, which I can only assume is meant to mirror her wide-eyed approach to the world and not some creepy, Britney Spears-ish, “sexy virgin” thing like we have in America.

I first discovered MØ at SXSW 2014, when I read all the “acts to watch” lists everyone reads and saw that she had “buzz.” (An iTunes hit in Denmark! Worked with Diplo! Glitchy production comparable to Grimes!) In the midst of a day party half the people were only at for the free swag, in a sea of shuffling indie rockers, in what was maybe her 10th showcase in a row, she brought it. Her voice was starting to get a bit raspy, but it only made her full-throated belting sexier. Plus, she could dance! She didn’t even seem to be using a backing track for her vocals. As if that wasn’t enough, she finished with a Spice Girls cover that managed to make me nostalgic for my childhood even though I hated the Spice Girls as a child.

I left this performance sure that MØ was going to take over the world, and now it seems that’s coming to pass. She just embarked on her first US tour and she’s playing Pitchfork Paris in the fall. On the opposite end of the cultural spectrum, she’s playing Jimmy Kimmel June 2nd. Her debut full-length album, No Mythologies To Follow, is getting good reviews and nice tweets. She’s everywhere!

MØ is playing two NYC shows on Thursday and Friday of next week, and they seem like a strong bet for people who do not hate to dance. Check out her newest video above, and then get to Craigslistin’ because that shit is sold out. 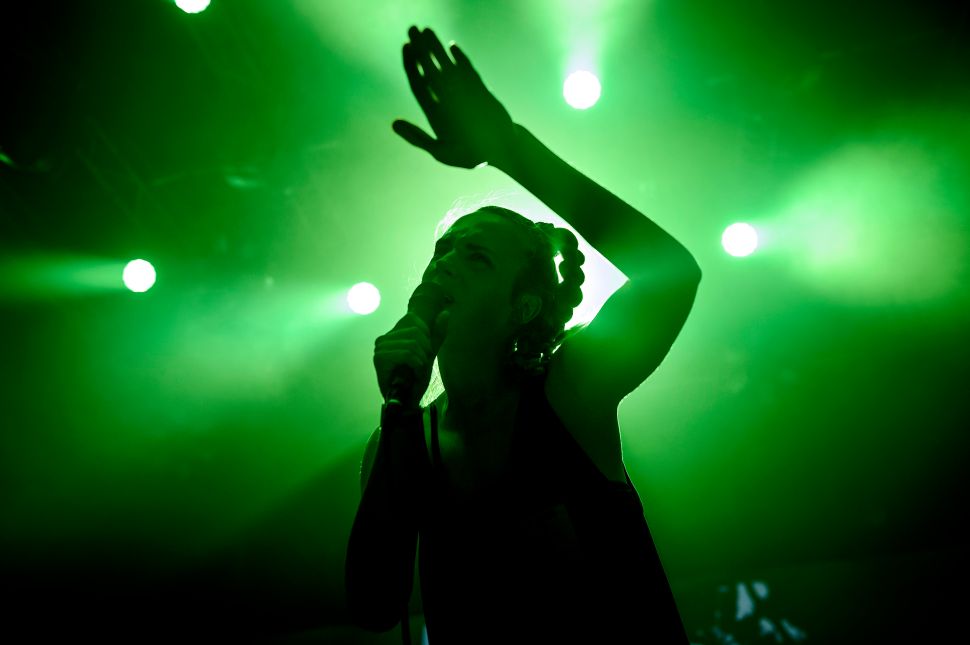