Words and Pictures is, at first glance, about words and pictures, the value of literature over art, and vice versa. But that’s just a clever device to get Juliette Binoche and Clive Owen together in this romantic comedy, directed by Fred Schepisi (I.Q., Six Degrees of Separation and Roxanne, among many others), about two middle-aged teachers in Maine who find love under unconventional circumstances.

Dina Delsanto (Ms. Binoche) is a celebrated visual artist who has retired to the leafy confines of New England to teach at a small-town, upscale prep school. She walks with a cane and casts menacing stares at her students and colleagues. Her nickname is the Icicle, which is a good enough invitation for Jack (Mr. Owen), the sarcastic English teacher, to pick on her. She tells him she teaches arts honors when they first meet in the lounge, trading flirtatious barbs. “Hence the scarf,” he says. He tells her he teaches honors English. “Hence the ‘hence,’” she retorts.

If Mr. Owen’s Jack, a middling writer with a quick mind and an encyclopedic knowledge of etymologies, is insufferable at times, his raffish charm, accentuated by a scruffy beard, browline glasses and a corduroy jacket, redeems him. That’s not to say he’s always charming. An alcoholic—vodka is his poison—Jack is at risk of losing his job and the literary magazine he founded, not to mention re-entry into the town’s nicest restaurant and bar, the Huntsman, from which he was banned.

Dina has her own problems. A victim of debilitating rheumatoid arthritis, she struggles with her achy joints at home in her waterside loft, trying to figure out how to paint in her old style. When she informs her class that words are “trouble,” “traps” and “lies,” Jack sees an opening. “This is war,” he says. It is, of course, not war at all but a glorified courting ritual between Jack and Dina, with the added benefit that it enlivens the students and energizes the school.

What ensues is as predictable as it is lovely, with disappointments, regrets and resolutions all thrown into the mix of an uplifting tale. Words and Pictures doesn’t possess the tender grace of Enough Said, Nicole Holofcener’s wonderful film about middle-aged love. Nor does it have the kinetic energy of a high school movie like The History Boys, adapted from Alan Bennett’s play. But it’s a winning effort from a director whose varied oeuvre has consistently charmed viewers. Words and Pictures doesn’t pretend to be anything more than a love story, and sometimes that’s enough. 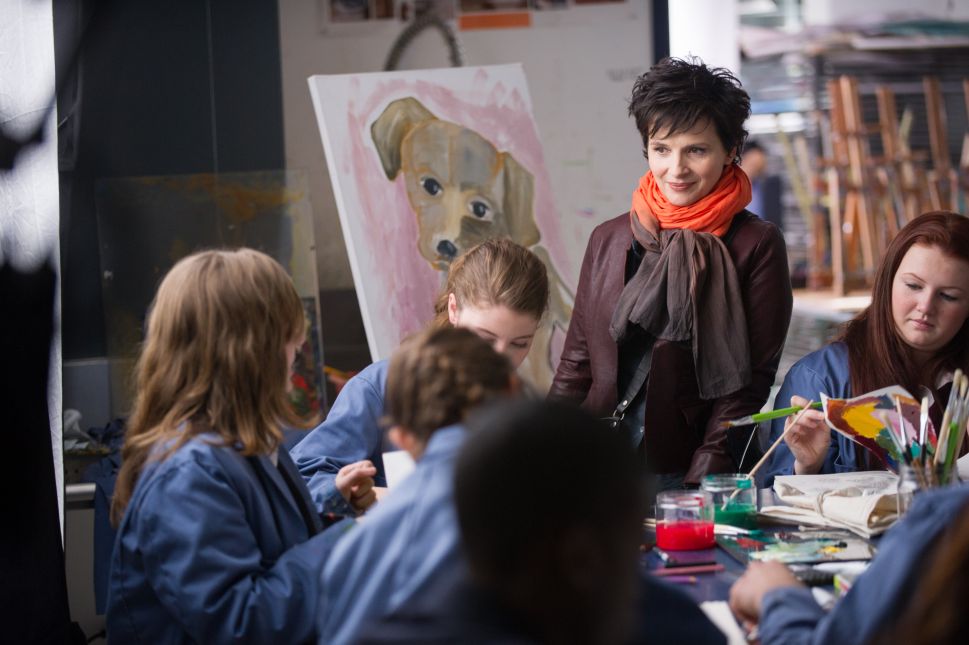