Years after the Sci-Fi Channel became Syfy, the network is looking to do a complete 180 and be taken seriously once again in the TV world. This hasn’t been helping. This definitely isn’t helping. But Syfy’s executive vice president of original programming, Bill McGoldrick, has made some promising claims about a return to the channel’s roots.

“That’s the way to send a message in a big way that we’re back and we care about sci-fi,” Mr. McGoldrick told The Hollywood Reporter in March. “There is enormous pressure to get that back, because we used to own it. And we’re going to own it again.”

We decided to take a look at some of the upcoming shows that may or may not turn Syfy around.

Some of them — and we can’t believe we’re saying this about SyFy — we can’t wait for. Some, we don’t want to see the light of day. Some, well, we just don’t know about yet. But hey, AMC used to just show old movies, right?

The first warning shot Syfy fired to the world of cable TV was the announcement of this six-episode, space-opera mini-series. The plot centers around the United State’s first starship, launched during the Cold War, still on it’s way to space colonization. This is the only one of the batch that has a teaser, and dare we say it, it looks pretty sweet in a brooding, outer space sort of way. Smallville’s Philip Levens penned the script and Paranormal Activity’s Jason Blum will executive produce.

Let us say, the book series this 10-episode series is based on is badass. It mentions “low gravity jui-jitsu” in the first five pages. George R.R Martin himself called it a “kickass space opera.” We’re pumped for this because as far Syfy goes, this is as ambitious a project as it gets. We’ll remain cautiously optimistic that the same channel that funded both Piranhaconda AND Sharktopus can pull off a mystery story that spans from Earth all the way out to the Asteroid Belt.

The Magicians is a novel by Lev Grossman basically set in the Harry Potter universe if people in that universe did drugs and had sex like normal human beings. Sold.  Apparently trying to get off the ground since 2011 at Fox, this adaption finally landed at Syfy as part of their redevelopment. Helmed promisingly by former Supernatural showrunner Sera Gamble and In Plain Sight’s John McNamara, this one is promising if Syfy sticks to the source material.

On paper, Clone sounds awesome. Executive produced by Walking Dead mastermind Robert Kirkman, Clone centers around man drawn into a government conspiracy after discovering a clone of himself. After his wife is kidnapped he must…yeah this sounds a lot like Orphan Black. We’ll stick around cautiously to see if the series, based on a comic book by David Schulner and published by Mr. Kirkman, has enough freshness to bring to the table.

What is exciting is that the source material is a deep, thoughtful, yet action-packed story written by the great Jonathan Hickman, that involves the Vatican sending people back in time to change history. What isn’t exciting is this show is being developed by Matthew Federman and Stephen Scaia, best known for Syfy’s Warehouse 13. While immensely popular, Warehouse 13 is rarely deep, and even less so thoughtful. 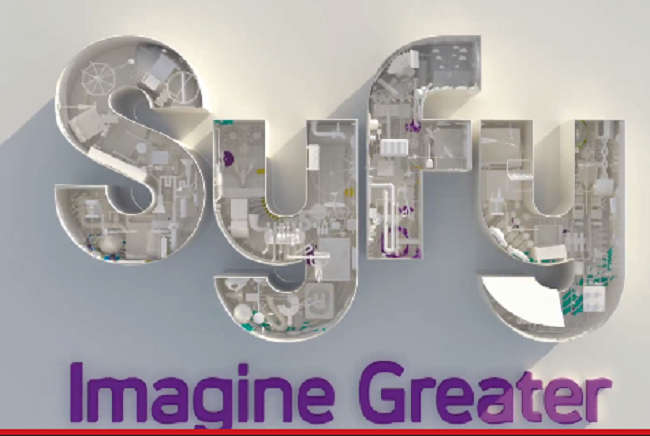