I have a confession to make: I don’t really watch much TV. I listen to it, with one eye on my computer screen so I can read Twitter reactions to Game of Thrones or House of Cards while an episode is happening. It’s a terrible habit, this compulsive checking of a “second screen,” which Annie Lowrey writes about in today’s New York Times. Sure, it might be the Wild West for advertisers and marketing types looking to associate their products with a show that doesn’t have commercial breaks, but for chronic binge-watchers, it can also mean that we’re missing out on some of the best moments of our favorite program.

[V]iewing trends show that people are increasingly multitasking while watching TV, which has forced marketers to try this new advertising frontier. Roughly one-sixth of viewers engage in “real-time” socializing about what they are watching, according to eMarketer. The younger viewers are, the more likely they are watching with a second screen.

These days, we’re expected to be “engaged” with television, which actually means the opposite of paying attention to it:

“Your customers are still watching television, and the ones that watch it with a second screen are more engaged than those who don’t,” wrote Michael Guay of Deloitte Digital in an analysis of the market. “But that engagement shifts away from the television during commercials. Syncing your ad with the second screen keeps the viewer engaged.

But “engaged” can often lead to missing critical, non-verbal plot points. So much is said in the looks given between characters, or in the way a shot is assembled, and that can be lost in translation if you’ve got one eye on Tweetdeck. When Walter White made that chilling phone call to Skylar in Breaking Bad‘s best episode, “Ozymandias,” I totally missed the subtext of this amazing scene because I wasn’t really paying attention. For all I know, Mad Men is just a show about the history of people being nonplussed about something.

You don’t even want to see my reaction video to the Red Wedding:

Remember the good old days, when TV was the distraction? A father recently told me—quite proudly—that he doesn’t allow his kids to be on other screens when they sit down for a Sunday night family ritual of basking in TV’s warm glow. Asking kids to concentrate on just the TV might sound odd, but we’re living in a time in which we expect sensory and information overload at all moments, lest we get bored and start to multitask. It’s totally faulty logic, this idea that we’re somehow “enhancing” our viewer experience—or becoming “better viewers”—by supplementing it with a constant stream of ancillary information. Maybe to advertisers, but on a purely aesthetic level, we’re like the people who need to take phone pics to document every single experience. It also may cause memory loss and depression. (Not for nothing, that’s also what happens when you take too much Xanax.)

Or as our RHONY recapper Sarah Devlin put it, “I really try not to use two screens because I start feeling like the people in Wall-E—like, how much stimulation does one person actually need?”

Maybe I’ll go on some sort of second screen diet and put away all other electronics while watching TV. It might be hard, but if I need so badly to escape the tyranny of being entertained, maybe I’m doing it wrong. 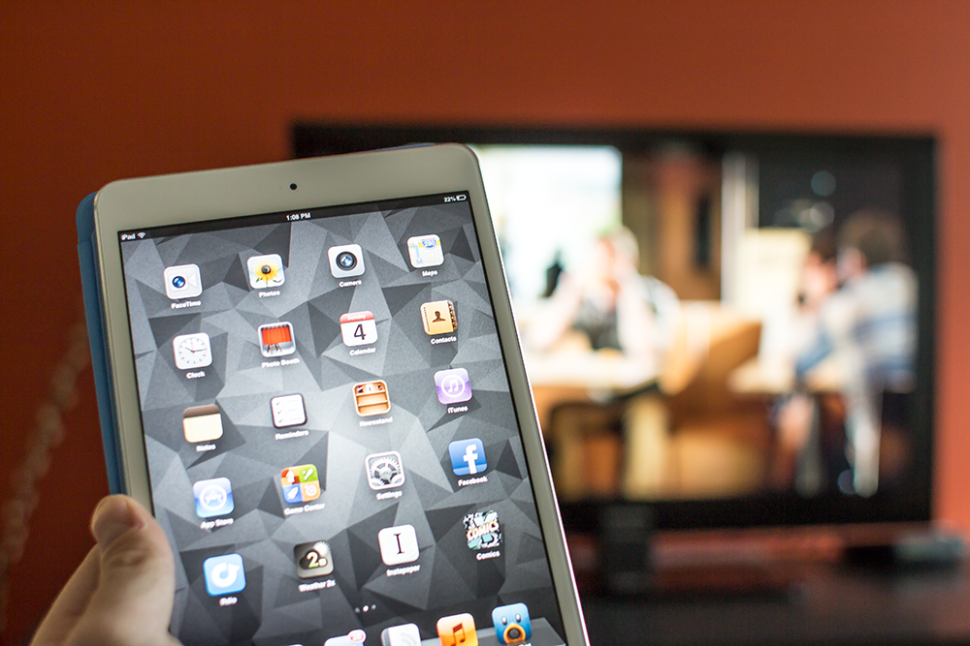