For her third show at Lower East Side gallery Rachel Uffner, the artist Sam Moyer told me, she made three shows. She was only half joking. She has stuck with her trademark technique of dying fabric outdoors, then streaking it with bleach and ironing it onto thick wood panels so that it resembles veined stone or cascading water, but in this new show, she has pushed that technique in fresh, thrilling directions. 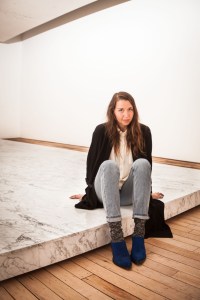 Moyer. (Photo by Emily Assiran for the Observer)

Upstairs, she has paired slices of irregularly shaped kitchen marble and her fabric to make beguiling wall pieces. A hallway is lined with shimmering paintings on glass, which are pressed up against fabric or Plexiglas. The large back gallery houses what must at the moment be the single-most ambitious installation in the neighborhood: a 13-by-27-foot stretch of dyed fabric hangs up at the ceiling, acting as a scrim for a series of lights and casting the room in a spectral glow. A marble plinth sits below it like a stage.

“Part of the practice is the polarity between the light weight and the heaviness,” Ms. Moyer, 31, said. “The thinness of the fabric on the really thick panel or the installation downstairs where you have this light piece of fabric hanging in the air over this huge slab—the lightness of it disappears, because the scale is so intense it doesn’t feel light.” It’s contemplative and otherworldly, recalling Dia:Beacon’s tranquil, temple-like galleries, which she said inspired the show.

Next week, one of Ms. Moyer’s paintings will go up for auction at Phillips, a dangerous situation for any young artist in this volatile market. The first time that happened to her, back in March, a 7-by-10-foot fabric piece nearly doubled its pre-sale high estimate, selling for about $44,000. “I guess I felt like it was a little early, but it went as well as it possibly could have,” she said. 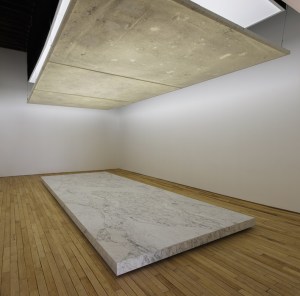 “Luckily,” she continued wryly, “I’m a woman, so I don’t have to worry about my prices ever going crazy.” (Although, she noted that, due to her name, “I don’t think a lot of people know I’m a woman. I get it all the time.” At least one newspaper has had to run a correction.) “My male artist friends who are making abstract wall work,” which has been popular with buyers, “they’re real scared,” she added. “They’ve got to worry.” It’s a different situation for her. “It’s kind of awesome,” she said. “I get to be a slow burn. I get to make what I want.” 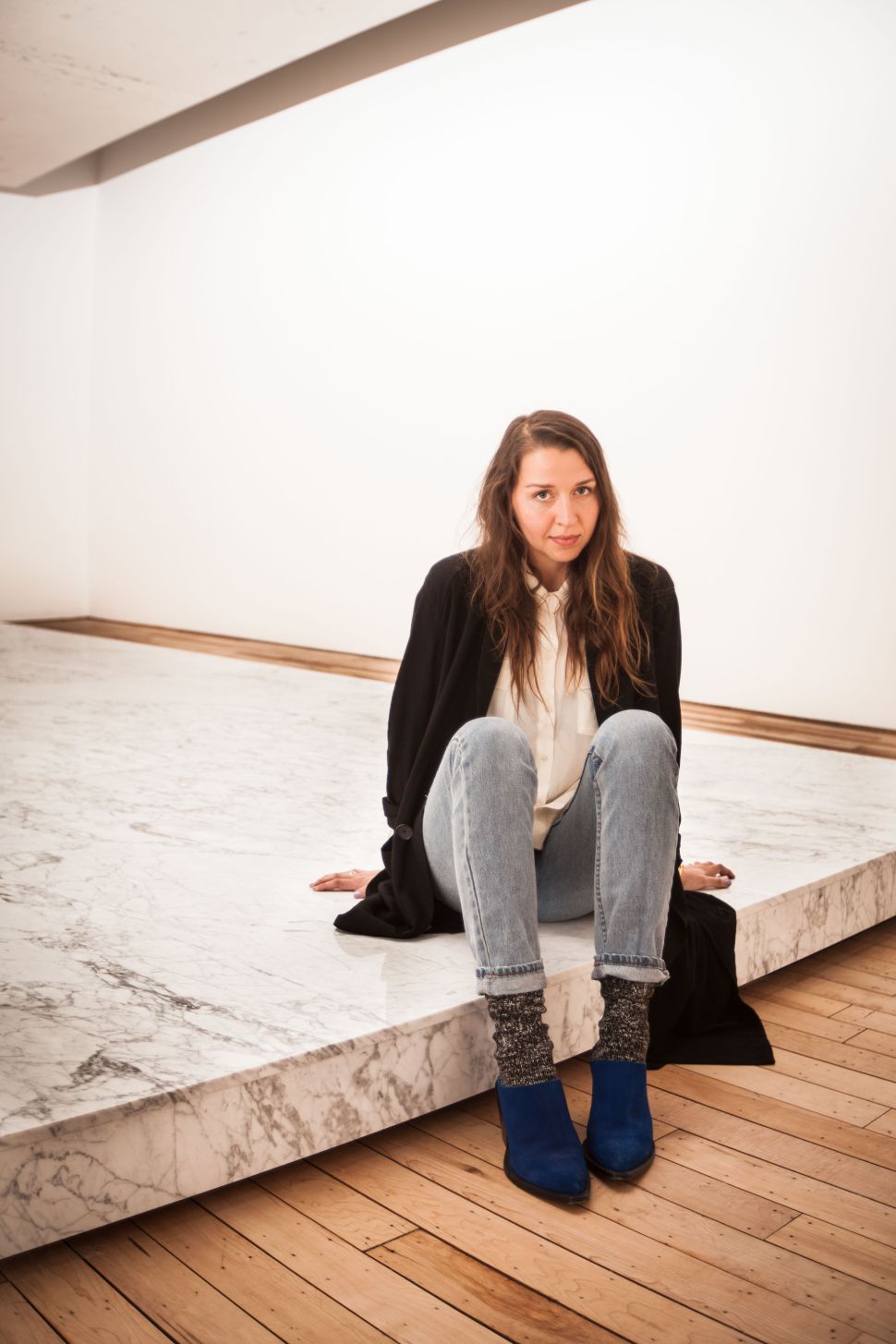