AMC debuted the first episode of their new series today on their official Tumblr — a untraditional choice for long-form video. The new show is called Halt and Catch Fire, and is produced by members of AMC’s own Breaking Bad team.

The show will give a fictionalized account of the dawn of personal computing in the 1980’s, and so far looks like Mad Men meets HBO’s Silicon Valley.

Tumblr isn’t typically thought of as a Netflix-style destination for watching long form videos. And since this particular clip isn’t even re-bloggable, it begs the question of why AMC picked Tumblr, of all places. It does lend the premiere some millennial street cred. But without the share buttons, it’s just like any other landing page.

The show will have its regular debut at 10 pm on June 1, for everyone out there who isn’t keen to this whole internet thing yet, and prefers to watch it on the ol’ tube. 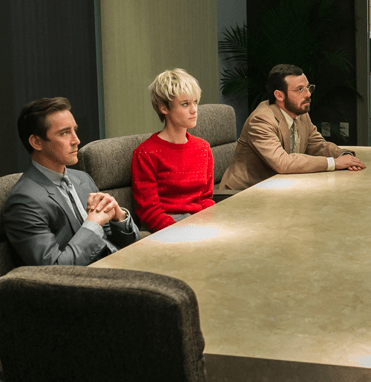