Answered Questions:
1. How much damage has been done because everyone refused to just believe Jack Bauer from the beginning, dammit?Growing up, my dear mother always reiterated three pieces of life advice: 1) Eat your vegetables, even the ones that aren’t fashionable like kale; 2) Just suck it up and floss at least a couple times a week, okay?; and 3) When Jack Bauer tells you a terrorist plot is in the works, you had better believe that a goddamn terrorist plot is in the works.Jack has been trying to warn the U.S. government about Margot Al-Harazi’s plan to hijack American drones and use them to bomb civilians since the show began, like, several whole hours ago, but this episode is the first time the folks in charge are given concrete proof that Bauer knows what he’s talking about. And by waiting so long to heed Jack’s warning, they’re already seeing some pretty dire consequences. Of the 10 drones Al-Harazi planned to commandeer, she and her people manage to get 6 of them before the military intervenes. And one of those drones is immediately used to attack a group of CIA operatives who have set out to investigate a potential lead. So, lots of deaths and an exploded building, with five drones still out there to dole out more punishment to the Jack Bauer nonbelievers.Plus? Now England is super mad at America — and not just in a passive-aggressive, snooty British way, either.2. Does bureaucracy totally suck?Yes, bureaucracy totally sucks. Agent Morgan effectively took action to save the entire world last week by coming between Jack and some pissed-off guys with guns, thus getting concrete intel on the drone attack into the hands of the President. But because some prick in uniform filed a complaint, Morgan is taken off the case. For, like, the third time. Although it never really seems to stop her, does it? Which, come to think of it, is maybe a point in favor of bureaucracy not being so bad, after all.
3. Should Simone blame herself for getting her finger chopped off?Not according to her benevolent mother, Margot, who lets Simone know she shouldn’t hold herself responsible for having a husband who got cold feet about committing mass murder, forcing Margot to mutilate Simone, before shooting the guy in the head anyway. Phew. I’m sure Simone will sleep like a baby, secure in the knowledge that losing her finger and her husband in swift succession was not her fault.4. Wait, does every single female character have an adorable French name?Most of them do, yes. There’s Chloe, Margot, Simone. The cuteness does not discriminate by terrorist affiliation! Presumably next week we’ll meet a militant hacker with two missing fingers named Amelie Cosette.5. And that Alzheimer’s President Heller has?Still only afflicting him when it’s convenient, plot-wise. The medical industry is simply in awe of Heller’s sporadically miraculous recovery.Unanswered Questions:
1. Is it somehow less xenophobic if your villains are white Muslim extremists?I’ll bet the “24” producers are banking on the answer being yes! But this, my friends, is a think piece for another time. 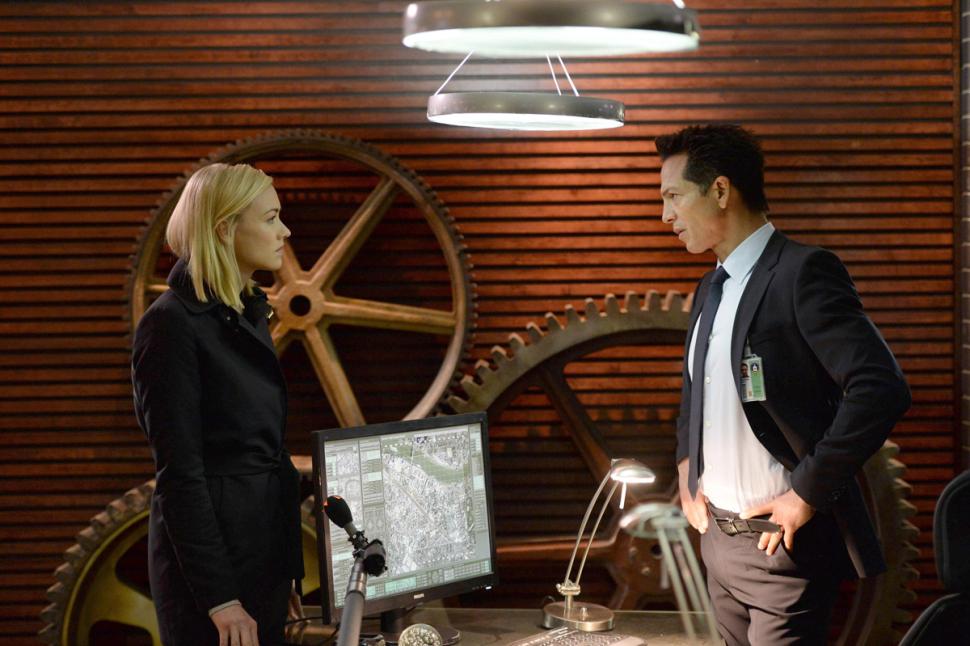