Mobile phones are pretty fancy these days — so fancy, in fact, that many of them can no longer hold a charge for a full calendar day.

Most of us have trained ourselves to carry a charger at all times, but every once in a while you might get caught without your trusty USB cord — or without a power outlet, for that matter. So this summer, AT&T is reprising last year’s solar charging initiative and doubling its offerings of power stations throughout New York City’s five boroughs.

The solar stations will allow “anyone with a mobile phone or tablet” to charge their device free of charge, an AT&T press release reports. The company debuted its latest models of AT&T Street Charge devices at yesterday’s World’s Fair in Queens.

AT&T Street Charge will be available in the following locations:

The charging stations work day and night and in all types of weather. Just watch out for digital STDs. 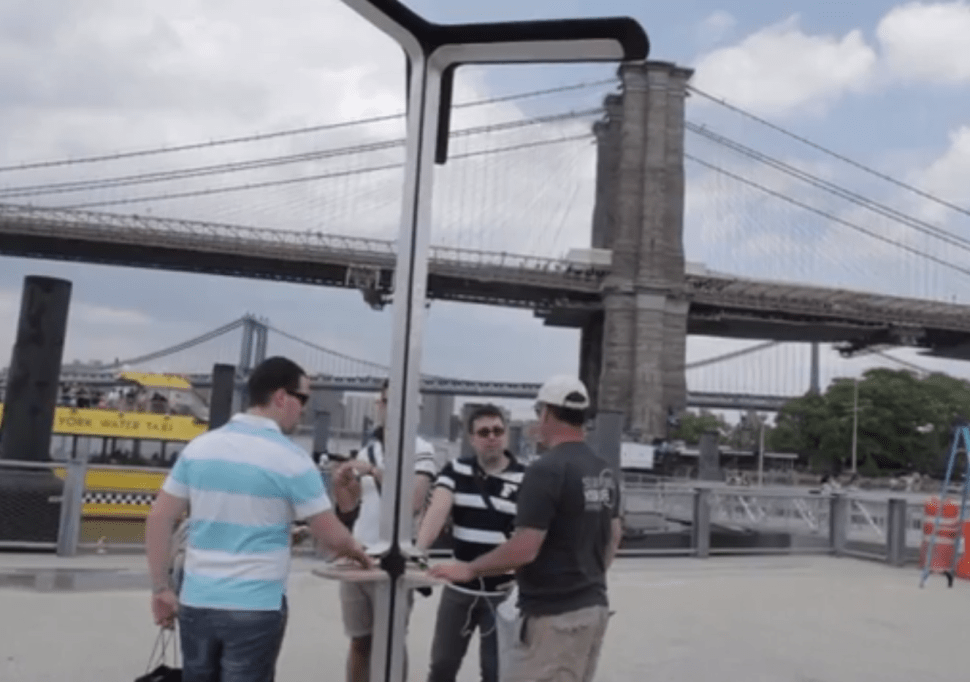