NEWARK – Under a bombardment of television and mail aimed at mangling the chances of mayoral candidate Ras Baraka, state Sen. Ray Lesniak (D-20) dove head first into the Newark Mayor’s election this morning at a GOTV rally, publicly aligning himself with Baraka’s candidacy – and staunchly giving the thumbs up to a rival PAC.

“The days of buying votes are over and I think Tuesday will prove that,” said the veteran state senator from neighboring Elizabeth, addressing the massive late air war push by the Shavar Jeffries-backing Newark First PAC.

Lesniak appeared with American Federation of Teachers President Randi Weingarten, who kicked-off the AFL-CIO New Jersey Workers’ Voices Super-PAC GOTV (Get Out The Vote) effort on behalf of Baraka and his team.

Weingarten rallied hundreds of volunteers before they begin canvassing to ensure a Baraka/council ticket mate Eddie Osborne victory on Tuesday, May 13.

Referring back to Osborne’s 2008 Central Ward race – then as a member of the Booker Team – Weingarten spoke to the “Baraka-Osborne Army,” and encouraged them to fight through Tuesday because “your job is to get people to the polls.”

“They got money, we’ve got people power,” said Lesniak, a jab at the forces of Shavar Jeffries, the former state assistant attorney general.

The senator’s public declaration of support for Baraka occurred as much of the rest of the Democratic Party establishment – including South Ward Democratic leader George Norcross III and Essex County Executive Joe DiVincenzo – leans harder into the Jeffries effort.

“I’m friends with everyone,” insisted Lesniak, when PolitickerNJ asked him if the move should be interepreted as a gubernatorial zigzag in the direction of statewide aspiring Jersey City Mayor Steve Fulop, who backs Baraka. 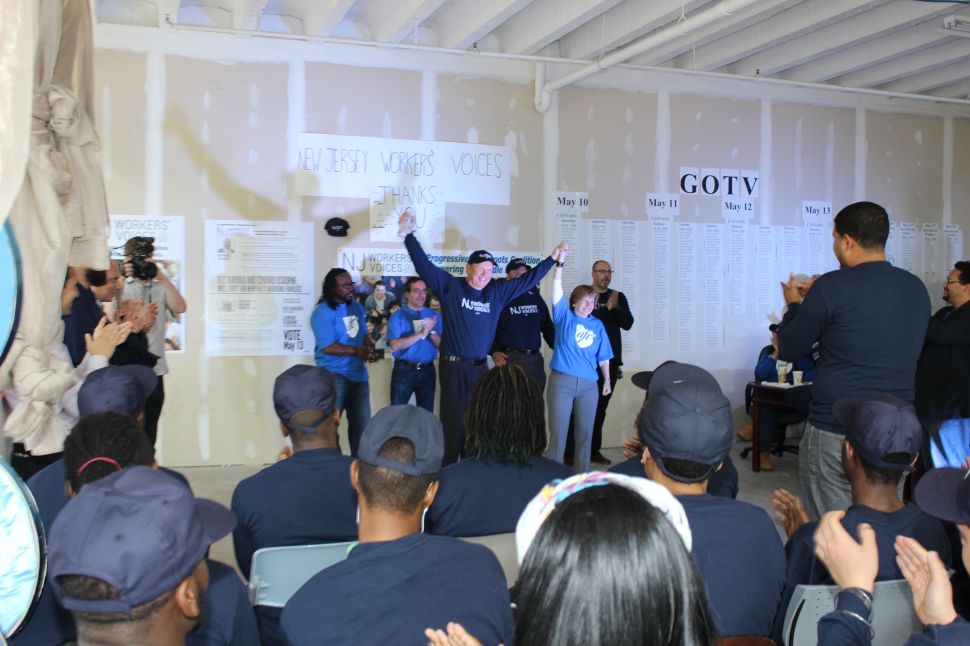