There’s been a lot of talk about Monica Lewinsky’s story in this month’s Vanity Fair. Of course there is. It was the defining sex scandal of the ’90s, the one that almost brought down a presidency and forced so many parents to awkwardly explain oral sex, how DNA gets on dresses and when a cigar really isn’t just a cigar to their millennial children.

But we don’t want Curtis Sittenfeld’s profile of Barbara Walters to get lost in the shuffle. The whole piece on the soon-to-retire broadcasting legend is worth a read, despite–or maybe because– Ms. Walters is a self-professed difficult interview subject and Ms. Sittenfeld a talented writer.

And we would especially like to highlight Ms. Sittenfeld’s use of parenthetical asides. They are kind of amazing.

On her friendship with Israeli defense minister Moshe Dayan:

([Moshe] Dayan’s widow, Raquel, would wear to her husband’s 1981 funeral a dress that belonged to Walters.)

(But, no, she says, despite the lingering rumors, she and the Cuban revolutionary never slept together.)

On how Clint Eastwood flirted with her on-camera in 1982. Ms. Walter jokingly suggested the headline “I Could Have Been Mrs. Clint Eastwood” for Ms. Sittenfeld’s story:

(This was shortly before she offered—twice—to write the article for me.)

On waking up early to host the Today show:

(She says the prostitutes who congregated on the corner of Seventh Avenue and 57th Street would mistake her for one of their own, imagining she’d just left a client in a nearby hotel, and taking inspiration in the sight of her climbing into a limousine.) 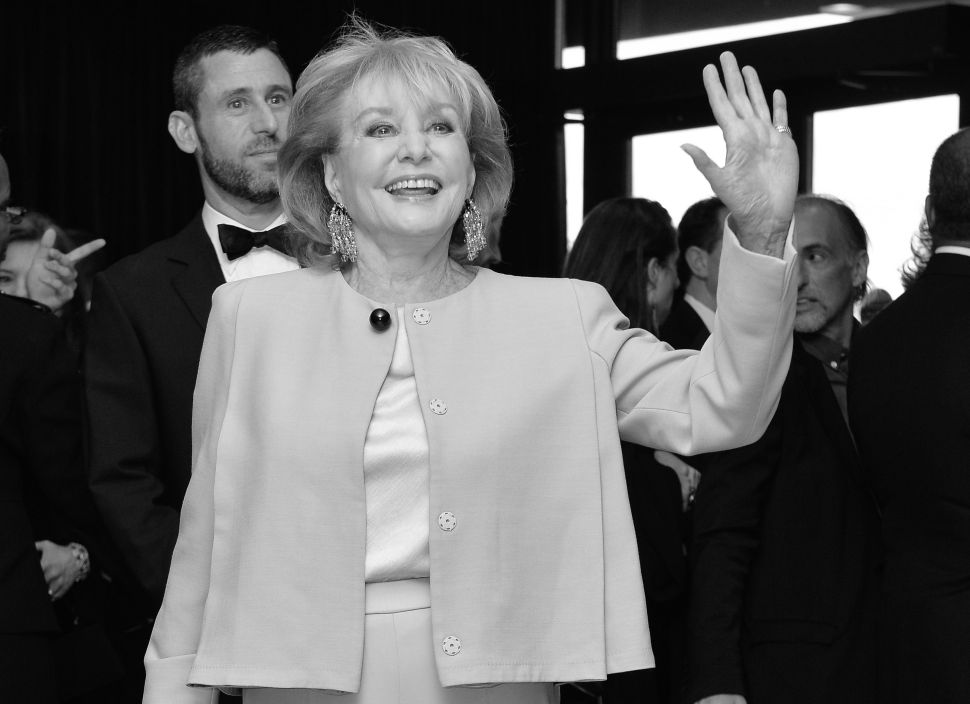