The NYPD arrested seven tree-huggers this morning, including three senior citizens, for protesting plans to remove the plant life on the Upper East Side.

Eight 30-year-old pear trees would be removed to make way for a garbage truck ramp through the Asphalt Green recreational campus on 91st Street and York Avenue.

“I hope Mayor de Blasio will listen to us and realize money could be better spent in improving education,” said Barbara Heyman, one of the trouble-making grandmas who was arrested to CBS.

City Councilman Stephen Levin defended the “arboricide,” arguing that every New York neighborhood is responsible for taking care of their own waste management.

“When you’re arresting  grandmas on the Upper East Side and people of color who live in NYCHA developments you’re doing something wrong,” Councilman Ben Kallos fired back.

Eager to make a statement, four of the protesters arranged with the police to be arrested in advance. Yet the arrests may have been in vain. The City Council has postponed the construction and is considering other possible locations for the ramp, but Sanitation Commissioner Kathryn Garcia warned the community weeks ago that the arboricide must be committed.

Why can’t they just leaf this park alone? 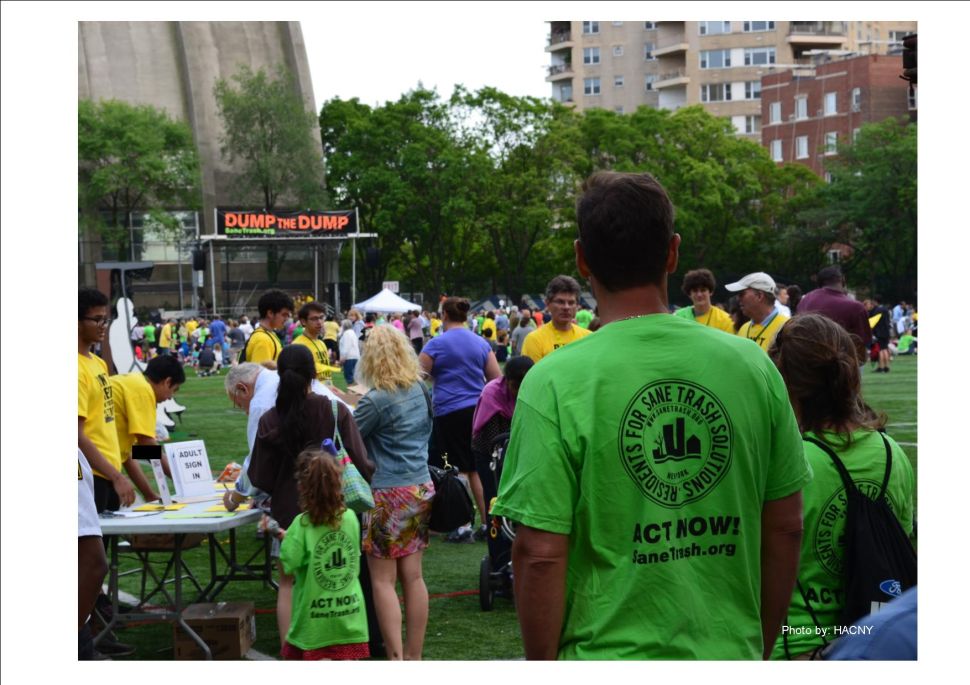