NEWARK – The North Ward Democratic organization and attendant allies mobilized six floats Sunday and took to the streets of the North Ward for two hours, up Mount Prospect, down Summer and up Bloomfield, horn-honking, salsa blaring and broadcasting the alliance of Councilman Anibal Ramos, Jr. and his candidate for mayor: the South Ward-based Shavar Jeffries.

“We’re focused and we’re pumped,” said Phil Alagia, head of operations. “We’re going to produce results here on Tuesday that we have not seen in a while.”

“A while” takes this group back to 2006, when Ramos beat then incumbent Councilman Hector Corchado, leading the outfit into its peak performance in 2007 when it catapulted M. Teresa Ruiz into the 29th District senate seat.

Now ward Democratic captains are using the Tuesday presence of Ramos challenger Luis Lopez, a member of the Ras Baraka ticket, to motivate their Latino-centric North Ward base.

“On Mother’s Day, we had more than 300 cars participating in a caravan to show support for the Jeffries Team,” said Ramos, at the center of all attention, his face billboarded over the ward. “The outpouring of support is unprecedented and will carry our team to victory on Tuesday.”

On a float this afternoon with Jeffries and other Jeffries team ticket mates as the caravan ran its circuit throughout the ward where his backers want to get Jeffries a 4,000-vote plurality, At-Large Council candidate Wilfredo Caraballo confirmed that he witnessed an organization in overdrive.

“I think there will be a number of surprises on Election Day – in the South Ward and the West Ward, for example,” said the Seton Hall University law professor and former assemblyman. “But there won’t be any surprises in the North Ward. The only surprise will be the margin of victory.”

This organization flattened Caraballo when he ran for re-election off the line in 2007.

“The truth is I was weak competition,” he said. “I didn’t give them much of a fight. They just did their normal turnout model that year. This one is more like 2006. The other side has made a lot of mistakes. They made this very personal. Ras [Baraka] can whine all he likes about how ugly the bus burning was – it wasn’t a bus burning, it was a seat on the bus – but anyway nobody minimizes that, they deplore it. But these tactics here by Ras’ people – I’ve been followed several times. My god they rolled up on [South Ward candidate] Brian Logan and me and started shouting. Just deplorable.”

Ruiz is fighting too alongside Ramos – trying to get the incumbent high vote totals that will simultaneously benefit Jeffries and halt Baraka.

“This is a hugely important election, and it is very important that we commit ourselves to a slate of candidates we believe can move the whole city forward,” said Ruiz. “This work continues on Election Day and through Election Day, throughout the year – not for politics but for civics.”

The Baraka camp frowned on the Team Jeffries’ Tonka trot out.

“It’s a show,” said Campaign Spokeswoman Tai Cooper. “This entire campaign of Shavar’s has been a show. Luis Lopez is an integral part of the fabric of the North Ward community: a leader, school principal, and baseball coach, Riding around on a float does not make you a leader.

“If their organization was so strong they would have stuck to the initial candidate who was Anibal Ramos,” Cooper added. “So I have doubts their organization is that strong when they can’t even get a member of their team to run for mayor of Newark. They dropped him.”

Ruiz said part of the strength of the North Ward’s effort at this point evolves out of respect for Ramos’ “sacrifice” in stepping down from his own mayoral run earlier this year to back Jeffries.

“It wasn’t about one person,” said the senator. “It was about this city.”

They also see the North Ward as having slowed without the frontline command presence of North Ward Democratic leader Steve Adubato, Sr.

Speaking on condition of anonymity, a North Ward source described this race as espceially important for Ramos, whose campaign headquarters sets the scene for GOTV. Ramos built his own political operation out of a twin City Hall-County government patronage base that has enabled him to absorb the bulk of North Ward-concentrated political power.

The same source, pointing to an internal poll in the Baraka camp that shows the South Ward councilman leading Jeffries by eight points – said he doubts the North will be able to fend off the bigger South Ward where Baraka has built his own coalition of true believers. A poll released by Jeffries backers on Friday shows their candidate up by three points. 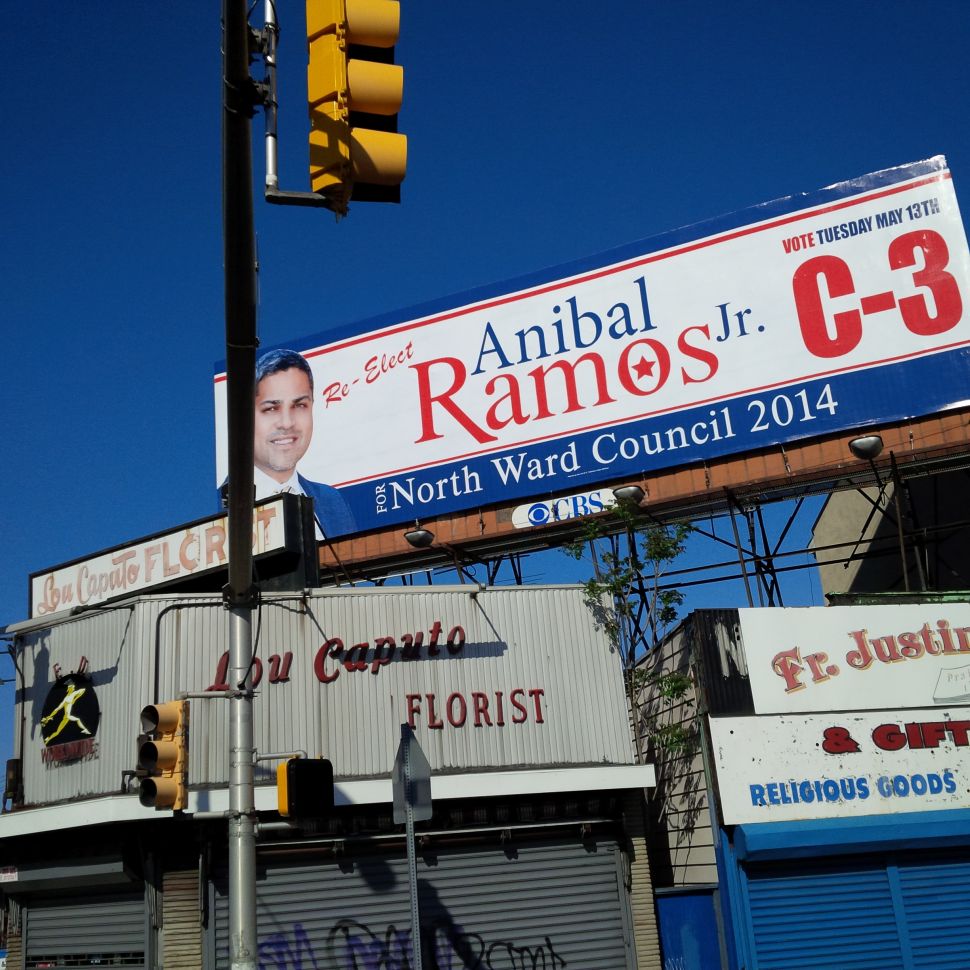