PATERSON – Downtown on Market Street the campaign headquarters of mayoral canddiate Jose “Joey” Torres had a full tilt swing to it in mid-afternoon on the Saturday before Election Day, as field commander Idida Rodriguez oversaw another outgoing battalion of canvassers.

Above the Great Falls in the 2nd Ward, home base of the former two-term mayor craving a return to City Hall, Torres workers in pairs of two walked the streets in door-to-door exercises on behalf of the candidate.

They weren’t the only ones out there.

“Everyone’s out today,” said Rodriguez. “All the campaigns.”

But downtown around City Hall on the bodegas and bars and in the vicinity of the worn down mills and up in the 2nd Ward, Torres continued to show the most visible force: in signs on storefronts and building walls, and on the sidewalks, as white t-shirted allies roamed the candidate’s strong points.

In the 6th Ward campaign headquarters of Council President Andre Sayegh, on the Arab side of the city, Torres’ rival and his team similarly drove an all-day canvassing effort en route to Tuesday, Election Day.

A half block away from HQ, some young men (pictured above) considered the race.

Tony and Dean said they plan to back Sayegh; Dean in part because of the councilman’s work closing down the Lava Lounge.

A third man, John, said he plans to back incumbent Mayor Jeff Jones.

“In this business, the more ‘people’ you know in terms of powerful people, the worse it is for us,” he said. “My problem with Andre is he has too many friends.”

He debated with Tony and Dean on the sidewalk, the latter making the case for Sayegh on the strength of his Lava Lounge work.

John said the sign strength and street presence of the Torres campaign proves nothing.

“This is a numbers game,” he said. “Purely a numbers game. It’s mathemtics is all it is, man. These guys sit in a room somewhere with a list of the pressure points, and they call the pastors of the churches and the mosques and the other houses of worship and business leaders and ‘friends’ and they have blocks like that they add up to get to 10,000 votes, or whatever it is they’re looking to get, and the win. You can see all the t-shirts and clipboards and signs you’re ever gonna see. It’s a numbers game.” 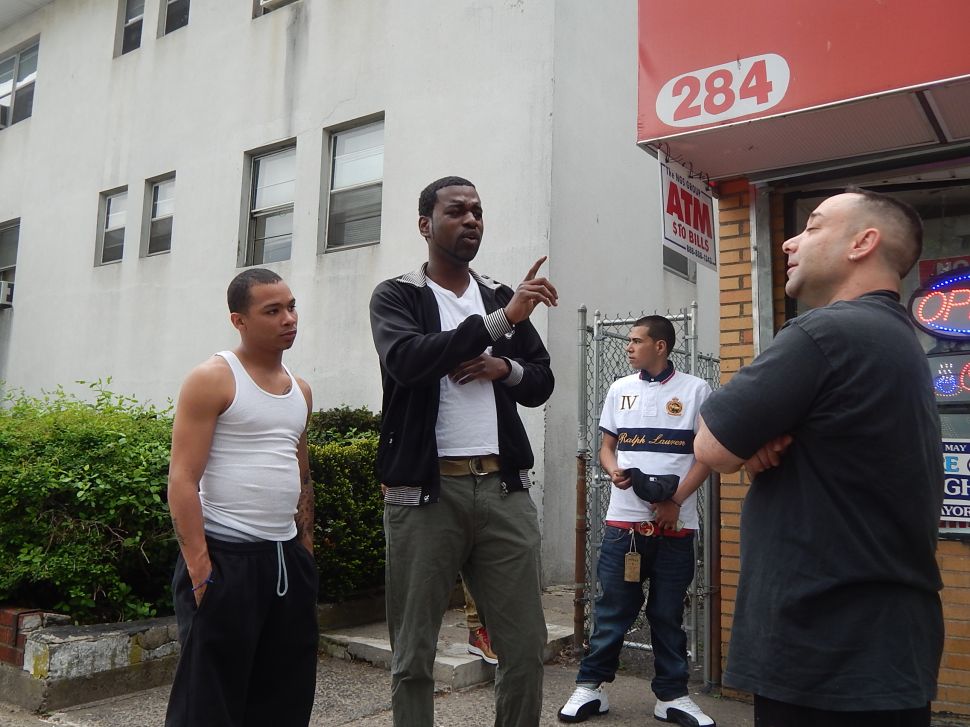