There were rumors circulating that Smith v. Davis had destroyed the Hudson County town.

People walked up and down Broadway as on any other summery suggestive day, with the air punctuated nonetheless by shrieks of “War!” from Jimmy Davis headquarters.

It has felt like one, no doubt, acknowledges Assemblyman Jason O’Donnell (D-31), the campaign manager for his close friend, incumbent Mayor Mark Smith, who clings now to a one percent lead over Davis with three weeks to go before the runoff.

With Smith clings the legislative career of O’Donnell, who depends on the mayor staying in City Hall for line leverage.

“We’re confident that we’re going to get our people out on the 10th,” said O’Donnell, the local tavern owner turned firefighter and public school teacher’s husband turned Democratic State Party Chairman for 45 minutes last year turned helmsman of the most watched local contest in the state.

One of the most visible and vocal statewide opponents of Gov. Chris Christie’s and Senate President Steve Sweeney’s (D-3) public sector pensions and benefits overhaul, O’Donnell ironically found himself in a fierce political rundown with the local teachers’ union, which couldn’t agree on a contract and punished Smith prior to the May 13th election by endorsing Davis.

That shocking pre-election headline coupled with overconfidence by Smith allies and the consistent 30% anti-establishment Pat Desmond-organized vote tally here conspired to drag on the incumbent and prevent him from getting to 50% plus one, argue the mayor’s allies.

A week and a day after the fact, they still looked shocked; shocked that they couldn’t put Davis down on the first ballot.

But talk to them and they buck up on a few fronts: Smith had a bad candidate in Ward 1, where Davis’ ally won.

Those candidates won’t be on the ballot on June 10th.

Davis backs a doomed off-the-line freeholder candidate in the June 3rd Democratic Primary, which Smithites argue will demonstrate weaknesses in the opposition.

But… but they still face the fact that they spent $35,000 in television messaging while Davis spent $3,500. They showered 13 shiny mailers down on Bayonne while Davis made the rounds with leaflets.

They don’t respect their opponent, the way they respected, for example, Judge Patrick Conaghan in 2008.

That race hinged on issues.

This race is a mud-fest. Intimidation abided on Election Day.

Smith and O’Donnell allies apologize in advance when they note Davis’ inability, in their view, to articulate a message. They don’t want to come across as elitists, but they see a fatal flaw in Davis.

He can’t speak, they argue – and he’s trying to lead Bayonne.

As they try to regroup for the next three weeks, they want to strike a hard contrast with Davis and expose him as unfit for the job.

To that end, Smith’s spokesman, Michael Makarski, said the mayor wants three debates each in the race for Mayor, Council-At-Large and in both individual wards.

“The Smith Team believes that Bayonne voters deserve the opportunity to see what each candidate plans for the city moving forward and the impact that would have on our neighbors,” Makarski said. “We can only hope Jimmy Davis and his running mates agree.”

Smith also this week reaffirmed the incumbent’s labor endorsements, still smarting under the opposition by the local teachers but committed to finding those voters they believe simply stayed home because those people believed Smith would win.

O’Donnell remembers his late father, who died when he was 23, who would be astounded, says the lawmaker, if he knew his son had become an assemblyman, whose own son went to the hospital with a serious medical condition in this campaign cycle.

He could absorb the loss if they must; but won’t, he insists.

“If you give me a second chance in life, I’ll take it – and I’ll make good,” O’Donnell said, referring to the campaign for Smith now in front of him. 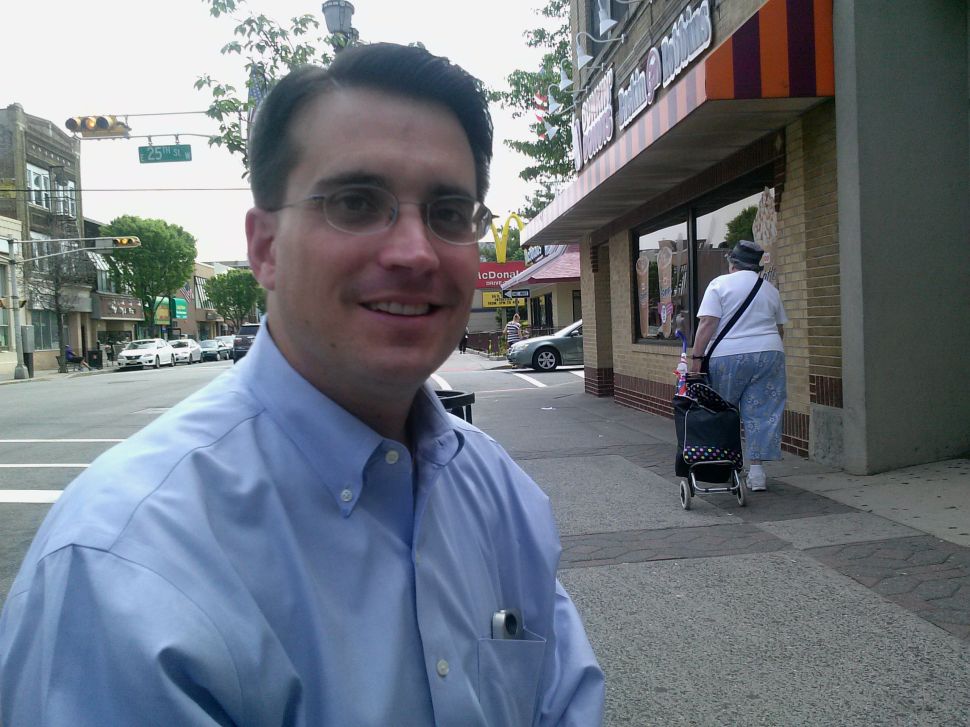