Once again, Mayor Bill de Blasio doesn’t think he has a transparency problem.

In the face of a new report that found a striking number of his appearances are closed to the press, Mr. de Blasio argued today that he still has a very transparent administration.

“I believe deeply in transparency,” Mr. de Blasio told reporters at an unrelated press conference in Brooklyn. “By definition it is in the eye of the beholder. We believe there is a whole swath of information that needs to be available to the public and we will continue to do a better job on a lot of day-to-day government business that is appropriately disclosable.”

Mr. de Blasio then touted a practice he had started since his days as public advocate. “When I have any kind of substantive conversation on a lobbying matter with a lobbyist, I think that should be disclosed, we’ve done that voluntarily. That is a standard we’d like to see applied more broadly,” he said.

Mr. de Blasio argued that often, when events are closed to reporters, it is at the sponsor’s discretion, not his own. But City Hall reporters privately grumble that Mr. de Blasio has been restricting access on his own since January.

According to the Associated Press, Mr. de Blasio started off on the wrong foot with his closed-press midnight swearing-in ceremony and has since barred media from 53 events and provided only limited access to 30 more. This afternoon, for example, Mr. de Blasio is slated to meet with Condé Nast executives including Charles Townsend and Anna Wintour, but no access to the media has been allowed.

Mr. de Blasio’s approach to transparency has been raising eyebrows since he was first elected mayor in November. During his transition, he held relatively few public events and has since favored far more “pooled” events—where a limited number of reporters can attend—than his predecessor, Michael Bloomberg.

“I think this is something we work on all on the time,” Mr. de Blasio said. “But I try and think about it from the perspective of what would be helpful for the public to know. Lobbying disclosure is a great example of that, from my point of view; something the public deserves to know as it has a real impact on how people make decisions.” 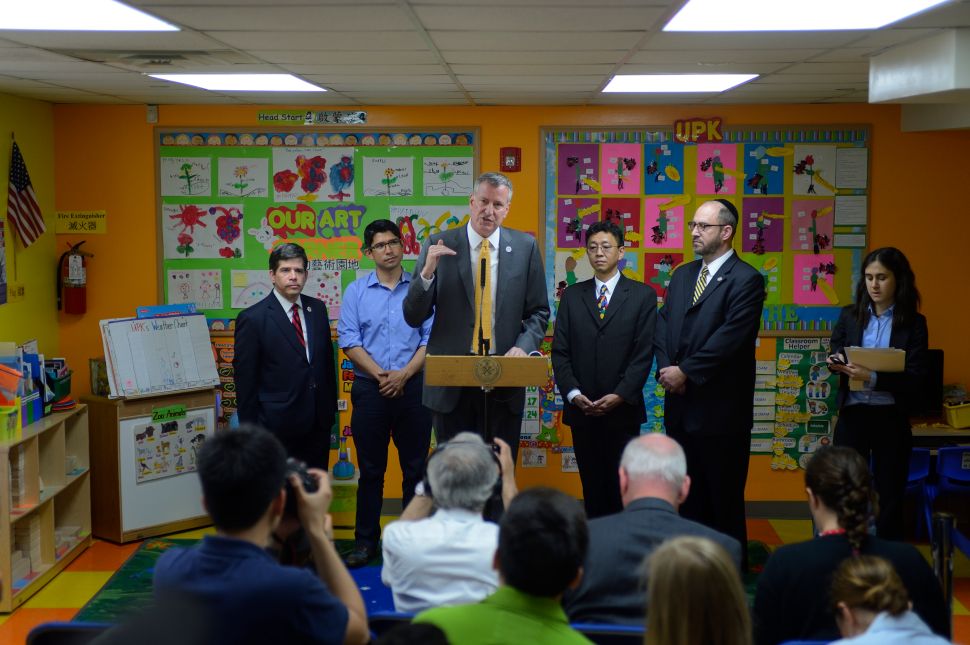