NEWARK – U.S. Senator Cory Booker (D-NJ) did not offer a definitive response when asked on Monday if he would support the re-election bid of state Assemblywoman L. Grace Spencer next year.

Spencer, the Chief Prosecutor of the City of Newark, who joined the Assembly in 2008, achieved power with the help of the political troika of Booker, the late U.S. Rep. Donald Payne (D-10) and the North Ward Democratic Organization.

One potential target in Jeffries’ political future is Spencer’s Assembly seat, according to at least one Democratic Party source.

Spencer stayed neutral in this year’s mayor’s race. But Essex County Executive Joe DiVincenzo, who rose through the ranks of the North Ward organization, did not stay neutral when he endorsed Jeffries on the last day of the Newark mayoral campaign.

The ties forged between Jeffries and DiVincenzo in the still-smoldering heat of the Newark mayoral contest could prove significant if Jeffries does jump back into local politics as part of preparing for another citywide campaign against Baraka.

Booker did not endorse any candidate in the Newark mayoral election. But when asked by PolitickerNJ.com on Monday if he would back Spencer’s re-election bid, Booker said little.

“I love you [guys],” Booker said, laughing, as he turned back to Rutgers-Newark students to discuss how to alleviate school debt. 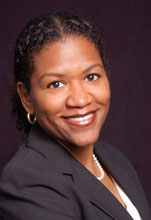