Remember watching MTV Cribs and seeing Scarface playing religiously in the homes of every single rapper? Well, the Tony Montana dream is dead. Today is all about Walter White. Was he preparing for a final stand-off with the aryan brotherhood, a la Walter White, or a drug-addled welcoming of the apocalypse?

Thursday, Mr. Gonzalez said he was working with the poisonous substances in his New Jersey and Manhattan apartments for “confrontations with other people in the future.”

As for the season finale of the Gonzalez saga, it’s not shaping up to be like Walter White’s vengeful and self-sacrificing denouement. Instead, Mr. Gonzalez could be spending the rest of his life in solitary confinement for his crimes. A decision will be made come September 17th at his next hearing.

Looks like Mr. Gonzalez’s Heisenberg fantasy is turning out to be just that, a blue dream. 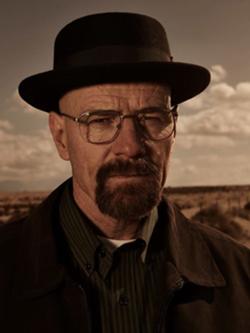