TRENTON – Despite being included on emails about traffic problems in Fort Lee as a result of the George Washington Bridge lane closures during the traffic jams, Gov. Chris Christie’s chief spokesman said Tuesday that at first glance he didn’t think there was a serious problem.

Michael Drewniak, who was included on emails while the closings were underway, told a legislative committee that a note sent from former Port Authority executive David Wildstein from a Bergen Record reporter seeking comment on the traffic jams on Sept. 12 didn’t go noticed because he didn’t believe there was an issue that needed his attention.

“It seemed at the moment a bottom of the barrel issue for any attention to be paid,” responded Drewniak when pressed by lawmakers why he didn’t inquire about emails sent to him on Sept. 12 and 13 about the traffic issues in Fort Lee.

Drewniak told lawmakers he first became aware of an issue in Fort Lee involving the George Washington Bridge when a Wall Street Journal reporter pressed him for comment on Sept. 17.

“Coming to chat,” Drewniak wrote in an email to former Christie aide Bridget Anne Kelly after receiving the request for comment from a Wall Street Journal reporter.

“This is the first time that anybody had made a press inquiry to me,” said Drewniak, adding he then “recalled, ‘Oh, I had something like this in my email” prior to the WSJ inquiry.

“Now I’m recollecting, ‘Oh, I’ve seen something about this before,’” Drewniak said.

The governor spokesman described going downstairs to Kelly’s Statehouse office and pressing her about the traffic jams.

“I said I just received this email and I noticed that there are other emails on this earlier in the week,” he said, asking Kelly, “Is there anything you can tell me about this?”

Kelly was dismissive and “was just very quick” to brush the topic off and “then she told me she had to run out the door and pick up her children,” Drewniak said.

“It seemed kind of minor,” he told lawmakers, explaining further he still didn’t think there was a serious issue he needed to deal with at that time. 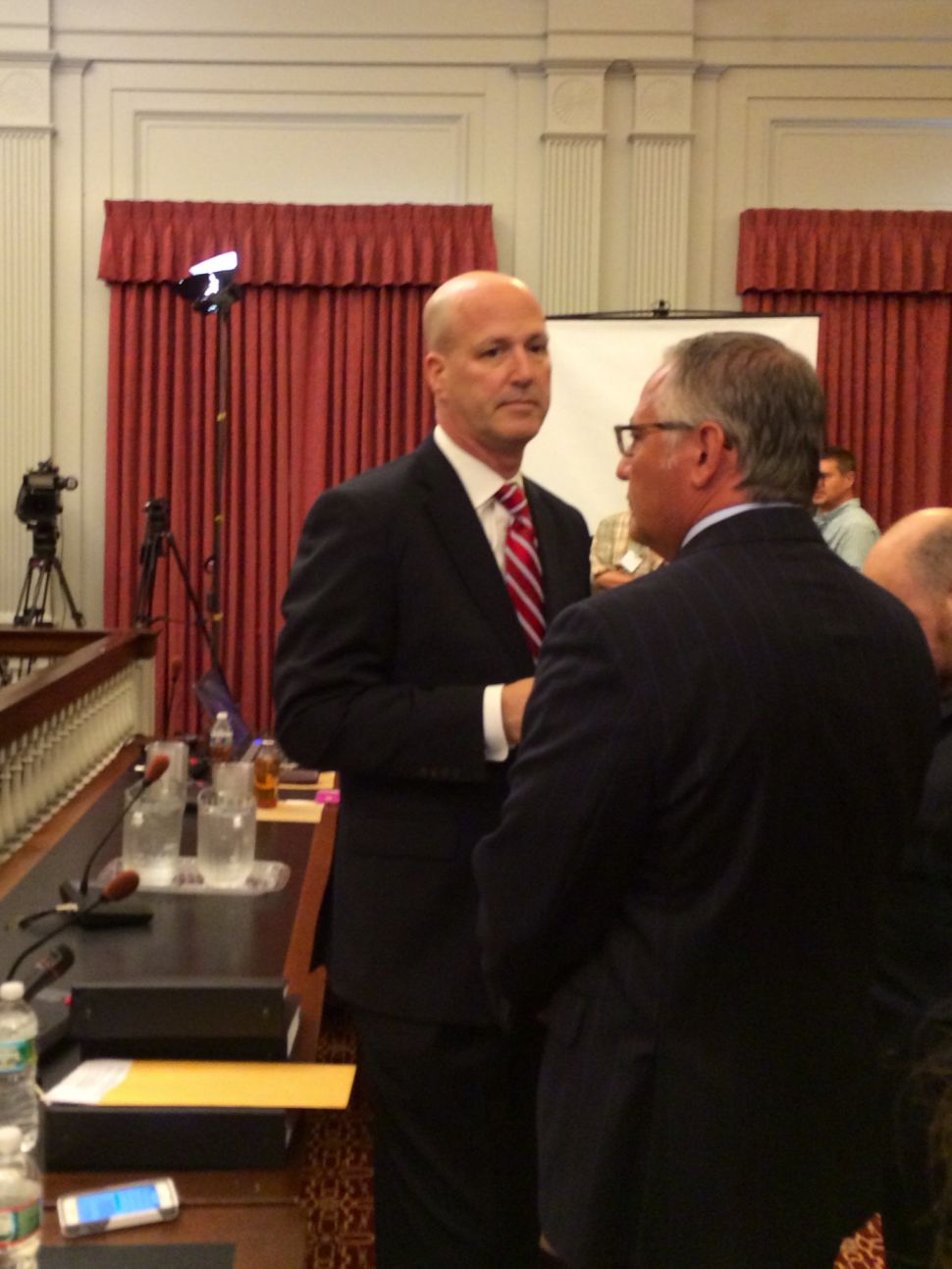