New Yorkers already have a bad rep. We’re easily annoyed, we’re impatient and we’re extremely judgmental. And this cat-kicking creep is just adding to the list.

Police say that Andre Robinson, a resident of Bed-Stuy, crooned and petted a stray cat on the street before viciously kicking the innocent feline 20 feet into the air. The whole thing was captured on a camera by one of Mr. Robinson’s friends.

The 21-year-old was arrested this morning after the the video went viral on Facebook. Mr. Robinson’s mother, Mary Kirby, told The Daily News, “He had to be high on something. It’s very out of his character,” she said, defending her son. “He had to be high to do what he did. This isn’t him.” She continued, “He loves animals. He loved his cats, he had dogs, he always loved them.” Mr. Robinson was charged with “aggravated cruelty to animals.”

A veterinarian told The Daily News that the blow could cause serious injuries. According to police, the cat has not been located.

Mr. Robinson has eight previous arrests. In 2011, he was arrested for stealing an iPhone at knifepoint and in another incident, he was caught jumping a turnstile. Six of his eight arrests have been sealed, according to DNAinfo.

Needless to say, Grumpy Cat will be very grumpy when he finds out about this. 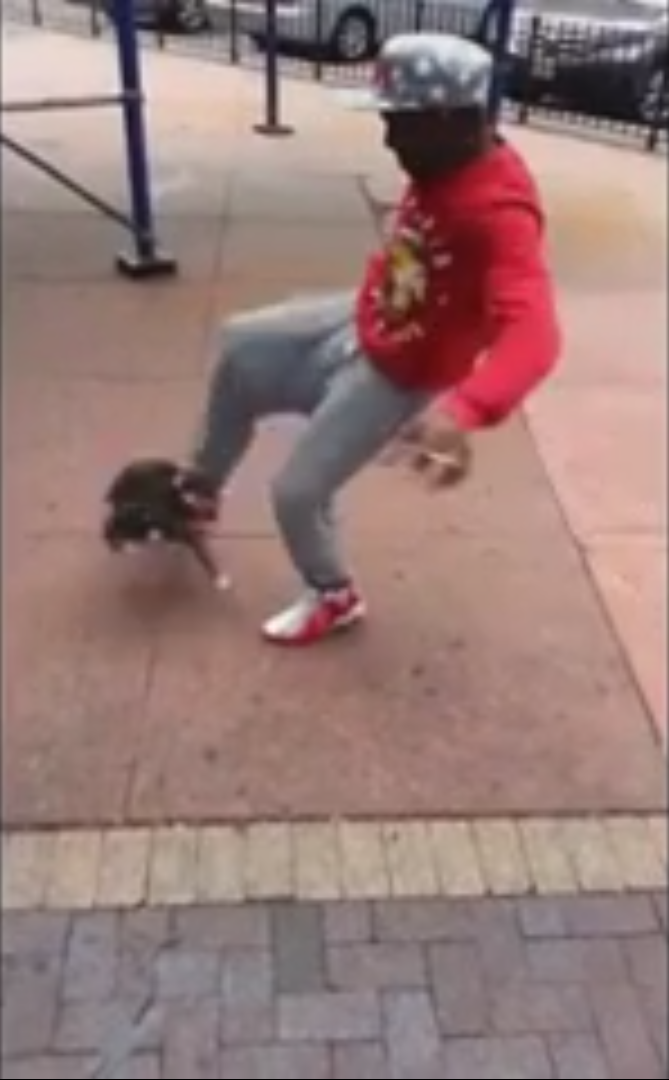