By the time Avery Singer, 26, graduated from Cooper Union in 2010, she had grown fairly disenchanted with the school. “When I left, I was like, you know, ‘I want to be an artist. I don’t want to be in a fucked-up institution. I just want to go out there and endure the difficulties,’” she said in her loft in the South Bronx on Sunday afternoon.

She moved in briefly with family in Manhattan, then collaborated with some other artists on building out a live-work space north of her current studio in the Bronx. They couldn’t afford to heat it properly. She had a kerosene stove, and it was freezing in the winter. Despite not having studied it at Cooper, she started painting, using Photoshop and the SketchUp modeling program to make figures that recall vintage computer graphics. She projected these images onto canvas or panel and airbrushed them.

The resulting paintings are alluring and often charged with humor; they’re of-the-moment responses to the ubiquity of digital media. There was a sprawling new one in her studio, 12 feet by 10, which depicts shaggy-haired artists earnestly expressing themselves, playing a recorder, sculpting or painting. They are a “parody of artistic activity as we see it to be,” Ms. Singer said, “as we have fantasies of it existing—bad performance art and studio visits.”

Ms. Singer’s Berlin gallery, Kraupa-Tuskany Zeidler, is presenting that work in a solo booth at Frieze, the latest in a series of major presentations that have come for Ms. Singer, one after another, over the past year. Her first solo show, in Berlin, was followed by a superb group show at Chelsea’s Greene Naftali and major one in Kassel, Germany. Earlier this year, the closely watched Glasgow International gave her a full room for her work.

Beatrix Ruf, the director of the Kunsthalle Zurich, saw Ms. Singer’s Berlin debut and has also asked her to do a show before the end of this year. “That space is like three times the size I’ve ever done a show in,” Ms. Singer said. And so, after Frieze, she’s planning on a break. “I’m not going to do anything else,” she said. “I’m just going to work on that show.” 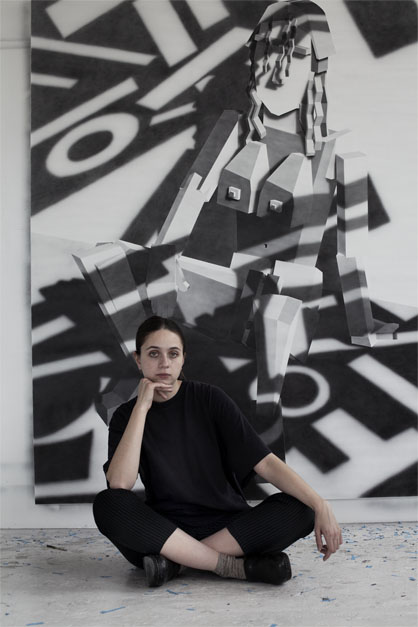