Residents of Buffalo, New York, are “Wild in the Streets” over reports that Jon Bon Jovi may move their beloved football team to Toronto.

Following the death of previous Buffalo Bills owner Ralph Wilson earlier this year, the Toronto Sun revealed that Jon Bon Jovi is one of the bidders hoping to purchase the team.

However, Mr. Bon Jovi’s plan to move the NFL team from Buffalo to Toronto enraged every single Bills fan, and inspired them to ban Bon Jovi throughout Buffalo, the largest (and perhaps only) Bills fan base.

So far, they have convinced 28 Buffalo businesses to ban Bon Jovi music from being played in bars and by cover bands or DJs, like it’s “Bad Medicine.” Ironically enough, the Bills were ranked #28 of the 32 NFL teams.

Not everyone is so sad to see the Bills “Runaway” to Toronto, though. Dallas Cowboys owner Jerry Jones is endorsing Mr. Bon Jovi as a prospective team owner, giving Buffalo Bills fans another, more current reason other than the 1994 Super Bowl to hate him.

Die hard Bills fanatics are now calling on the American populace to “Raise Your Hands” against Mr. Bon Jovi, and sign an online petition to keep the Bills where they belong: in Buffalo, where excitement like this is a “Miracle.” 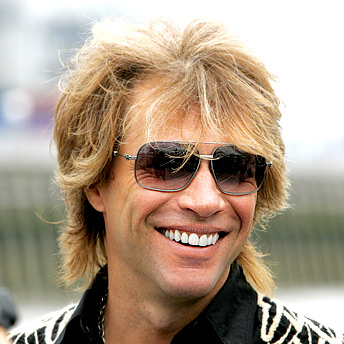