MTA drivers are calling on city officials to remove and rebuild sidewalk benches they feel are too close the curb.

“It’s an accident waiting to happen,” Juan Serrano, a driver and union safety officer told the New York Post. “The kids hang over the back of [the bench] and reach for the bus.”

The Transit Workers Union Local 100 identified one midtown bench as the nemesis of M15 bus drivers for nearly six months. The bench, intended for senior citizens, looms at a mere eighteen inches from the curb—nearly the distance of a legal parallel park job.

Apparently, the drivers’ war against public perches is a product of their concern for kids playing on the benches. The Department of Transportation plans to investigate bench-curb proximity in the TWU specified cites.

As the battle against the bench wages on: sit responsibly. 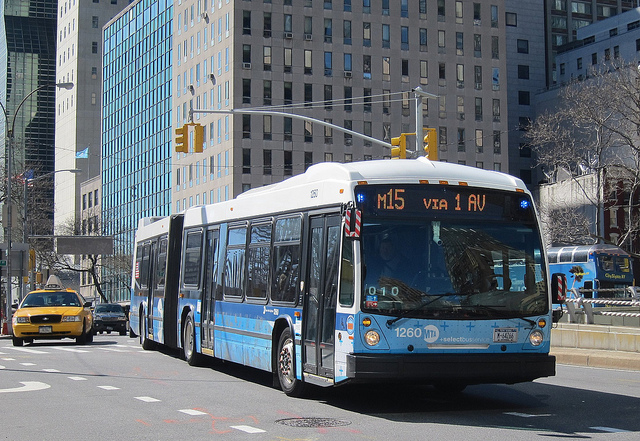