NEWARK – The Shavar Jeffries IE air assault inundating the Newark political landscape right now has Ras Baraka allies re-entrenching for a GOTV war come Tuesday, but to one at-large candidate for city council, this race must come down to looking the man who wants to be mayor in the eye.

Veteran North Ward leader Phil Alagia, who’s backing Jeffries, said it would be a mistake to discount the ground game mobilizing on behalf of his candidate.

He’s focused on GOTV at this point. Asked about the air wars, “I have no idea,” Alagia said. “We’re too busy working.”

In the thick of the battle, focused on his own campaign and that of Jeffries, Wilfredo Caraballo of the North Ward labors for an at-large council seat on the Jeffries ticket.

A former assemblyman, Caraballo originally ran with the same North Ward Democratic Organization that now wants victory for their mutual ally, Jeffries, whom Caraballo helped convince to run for mayor at Seton Hall University, where both men serve as professors of law.

An intellectual heavyweight in the legislature by the reckoning of lawmakers in both parties, some of whom had him as a teacher in law school, Caraballo unsuccessfully fought the local machine in his 2007 re-election bid, and now he’s back on the trail for the first time, working side by side with his onetime friends, turned antagonists, turned allies again.

“I haven’t seen them this energized in a while,” said Caraballo, campaigning in the North Ward. “People are taking some of this stuff personally, some of the antics the other side has tried have backfired. Walking districts and knocking on doors, it’s on fire; but it’s not just here, it’s the same thing everywhere in the city – in the South Ward people are working hard.”

The candidate paused to consider his re-affiliation with the North Ward Democrats in the Jeffries cause.

Caraballo concedes that he thinks through a lot of things.

“We have been trying to paint an accurate picture of what’s at stake,” he said. “The Baraka side talks about a government from the ground up. What does that mean? There are no ideas behind that statement.

“When I talk to people about Shavar, I tell them to talk to him ask him and ask him questions directly,” Caraballo added. “Look at him in the eye and hear not just his personal story but his history, what he has committed himself to. Every lawyer in this state knows he could be making $500 to $800 an hour with the incredible skills he has, but he has dedicated himself to this city, to really specific things. Sure, people may not like the fact that he started a charter school but he did it. I tell people, ‘don’t take my word for it, talk to him. Look him in the eye.’” 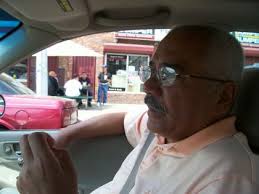