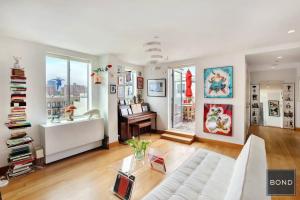 Cozy and cute… the anti-castle.

In the early 1970s, before the oft-frightening German industrial metal band Rammstein (that’s “battering ram” for those of you following along at home), made a kind of inadvertent parody of the phrase “Du hast,” the formulation was available, free of spikes-and-leather associations, to other pop stars. Among those to make use of it was Austrian teenager Doris Boris Berman, who under the name Isabell Domin recorded such wholesome favorites as Du Hast So Recht Gehabt, Mama and Meine Kleine Welt. (You Were So Right, Mama and My Little World, respectively.)

She did not, perhaps, reap quite the royalties that Till, Ollie and Christopher “Doom” Schneider have. But Ms. Berman’s take was at least sufficient for a nest egg that would one day finance an Austrian castle, which she sold a few years back to buy a Harlem co-op at 152 East 118th Street that she’s just put back on the market for $1.02 million.

“This building opened in 2011 and sold out rather quickly,” said Bond New York’s Karla Carrington, who is handling the listing. “Mrs. Berman was one of the first purchasers and she’s probably one of the oldest residents of the building. It has a lot of artsy, downtown people who came north because of relatively low prices at the time. Mrs. Berman has decided to move back to Berlin. Her children live here but they’re grown up and she’s decided they don’t need her in the way that she thought they would.” 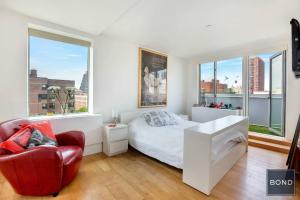 A pop of red… how very Northern European.

Ms. Berman picked up the two-bedroom unit for just $625,000 and stands to make a healthy profit if the apartment moves for anything close to the asking price, but Ms. Carrington told us—without an explicit mention of the co-op’s size—that the listing meshed comfortably with local demand. “A few blocks away at Lex and 113th, they’re selling for $900 plus a square foot, and without outdoor space,” she said. “We could have actually priced it higher in view of the current market.”

The apartment features two terraces, the southerly-facing of which enjoys views extending to the Empire State Building. There are 9-foot ceilings and an open kitchen complete with stainless steel appliances and Caesarstone counters. Windows are large and floors hardwood; the master suite enjoys access to both terraces, to accommodate even the most fickle morning moods, and the building, known as Embelesar 118, has its own community garden.

This is the new Harlem, after all. The Harlem of million-dollar co-ops and castle-dwelling Austro-pop princesses. If those boys from Rammstein come around, we’ll go ahead and point them toward outer Bushwick. 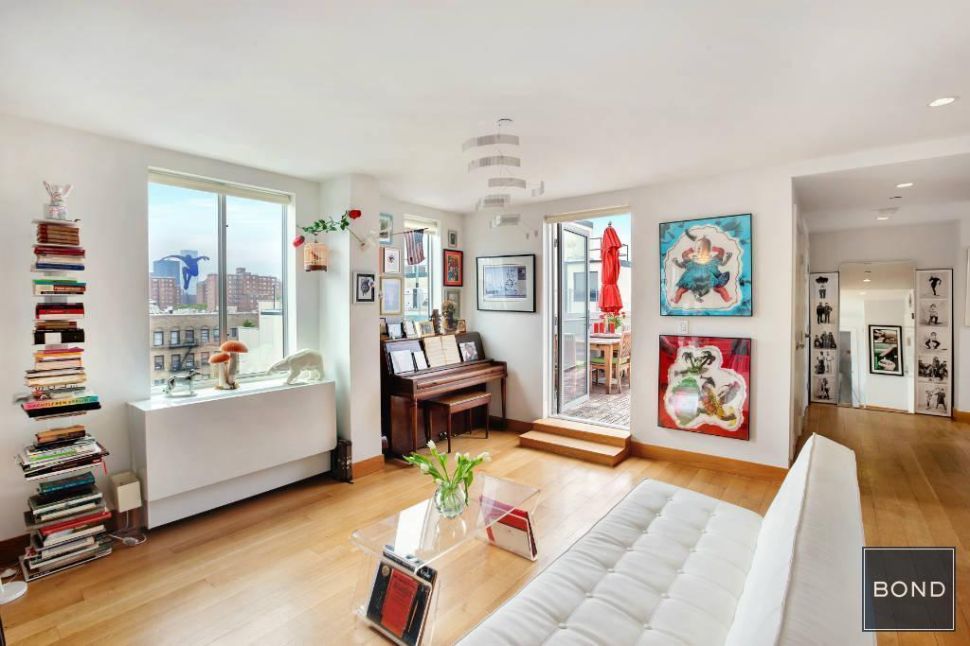