The CD 12 candidates hope to succeed U.S. Rep. Rush Holt (D-12), who announced in February that he would not seek re-election. The district is made up largely of municipalities in Mercer and Middlesex counties, Watson Coleman and Greenstein’s home bases respectively, and also some Somerset and Union County municipalities, including thhe potentially pivotal city of Plainfield.

On June 10, Trenton voters will go to the polls again for the city’s mayoral runoff election, in which candidates Eric Jackson and Paul Perez will fight to decide who will run New Jersey’s capital city after neither man landed a knockout blow in the May 13 municipal election.

With Trenton now apparently New Jersey’s main political boxing ring for the next dozen days, Gee is now the cornerman with candidates in both bouts. Gee is Watson’s longtime political advisor, and he is also serving as Jackson’s campaign director in the Trenton mayor’s race.

In an interview with PolitickerNJ.com on Thursday afternoon, Gee assessed a jab that was reportedly going to be thrown that would have affected both races, but instead turned out to be a feint, or perhaps even a swing and a miss.

On Thursday morning, a release from Greenstein’s campaign announcing a 2 p.m. press conference at the State House “to receive two major endorsements” was issued. Lees than an hour before the press conference was scheduled to begin, it was called off.

Democratic sources told PolitickerNJ.com that Perez, endorsed Thursday morning by Jim Golden, a former Trenton police director and mayoral candidate who failed to make the runoff, would appear with Golden by Greenstein’s side at the State House, where both men would then endorse Greenstein over Watson Coleman.

Gee was unsure why the reported events allegedly took place. But while Gee joked that he was often uncertain lately as to which campaign button he was wearing at the moment, he was clear in his mind about one local factor in Trenton politics.

“A base invasion is a good idea when it works, but a base invasion can’t work here because of the relationships that are built here,” said Gee, sitting in Trenton’s Famous Shrimp Boat restaurant on East State Street, across from City Hall. “What this sort of represents is more like a small dog nipping at your heels.”

Gee based his view on several factors, including the impact of religious activities on Trenton’s social and political lives.

“Bonnie Watson Coleman is an active member of [Trenton’s] Shiloh Baptist Church. She’s not like a politician who shows up and waves,” Gee said. “People appreciate the fact that the person that they see on TV fighting against [Governor Chris] Christie is also the person that serves them communion, or who organizes their retreats. There is a different relationship here.”

Gee noted another factor that would deter any attempt to penetrate Watson Coleman’s Trenton stronghold were certain longstanding political relationships in the city.

“It probably doesn’t make sense to oppose the decisions of the two most popular elected officials in the city of Trenton and Mercer County, and Brian Hughes” said Gee, a reference to Jackson being backed by both Watson Coleman and state Senator Shirley Turner (D-15), as well as the Mercer County Executive. “These are people that command serious votes when they’re on the ballot. Maybe that’s not a good political decision to go directly against them, then have to face them just a few days later.”

Two years ago, U.S. Rep. Bill Pascrell (D-9) rode a wave of highly engaged Paterson voters to victory over former U.S. Rep. Steve Rothman when Congressional redistricting forced the two men to compete. The result of the congressmen’s clash: Rothman’s political career came crashing down, Paterson Great Falls-style, after he tried to invade the power base of Pascrell, a former Paterson mayor and a well-known presence in Passaic County politics.

“Paul Perez and Jim Golden are two people that are part of Trenton’s very recent history,” Gee said. “Bonnie Watson Coleman has been here for years. If they had endorsed Greenstein, it would have been motivation for us. What record do you point to that a woman walking into the Shrimp Boat cares about? Has [Greenstein] been with us on funding for the city of Trenton? No, she can’t vote for that because Hamilton doesn’t like seeing Trenton get all this money. Maybe somebody came to their senses.” 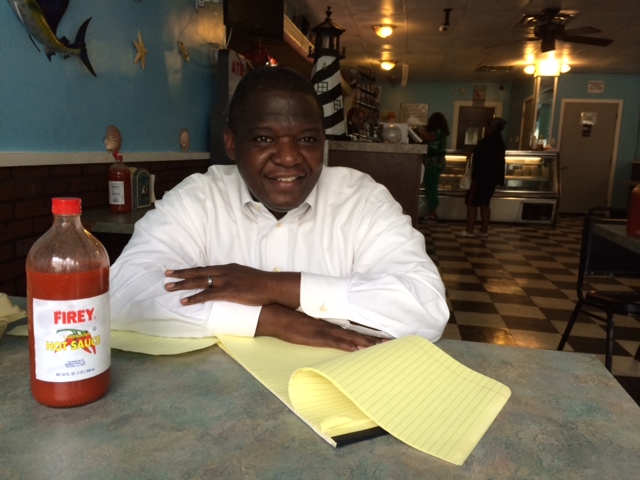