A mailer issued in Plainfield by establishment Democrats has the leader of the opposition lining it up as Exhibit A for why Union County Democratic Chairman Jerry Green doesn’t really support Assemblywoman Bonnie Watson Coleman (D-15) in Tuesday’s CD12 Democratic Primary.

Earlier this year, Green backed Watson Coleman over state Sen. Linda Greenstein (D-14) in what boiled down to a two-woman duel for the party line.

But Plainfield Mayor Adrian Mapp contends that Green is more concerned with appeasing neighboring Middlesex County Democratic Chairman Kevin McCabe than actually capitalizing on a vote spike in the city for the organization-backed candidate.

The mailer in question features Green and a sample ballot that duplicates the way the Election Day ballot actually looks, with one telling elimination: the name of Watson Coleman.

In place of the candidate in that box, the piece simply says “your congressional Democrat.”

“It’s confirmation that Jerry is not supporting Bonnie Watson Coleman,” said Mapp. “I wish she had the foresight to recognize what she was getting into. But it’s too late to change the strategy she has deployed.”

Although he endorsed Watson Coleman for Congress while Green mulled over his choices, Mapp now says Watson Coleman’s position on the organization line mars his ability to be her local advocate.

But what galls the mayor is Green’s insistence on having it both ways, in Mapp’s opinion, by awarding Watson Coleman the line but then affirming a door knocker that goes out of its way to make no mention of the assemblywoman candidate for Congress.

“That piece was probably approved by McCabe before it went to the printer,” said the mayor, referring to the powerful Middlesex County Democratic chairman, who wants Greenstein to win on Tuesday.

A Union County source said the charge is ludicrous, pointing out that the Union County Democratic Committee paid for the piece in conjunction with the U.S. Sen. Cory Booker Campaign. A stipulation of using Booker’s money was not intervening in the congressional warzone.

Pieces paid for by Union County Democrats alone feature amplification of both Booker and Watson Coleman, the source said.

“I wish Bonnie well,” the mayor said. “But I think it’s [her chance for a vote spike in Plainfield] really been mangled. What worsened the situation is the piece sent out by [Senate President] Steve Sweeney. That has incensed the people of Plainfield, who have let Sweeney know by mail and phone how severely disappointed that he would target Rebecca Williams, a progressive professor, as he did in that mail piece. For Sweeney to do what he has done – it’s just incredible. I see the situation as very mangled for Bonnie. I know what [political scientist Patrick Murray] Patrick said. I don’t see it as Patrick sees it.” 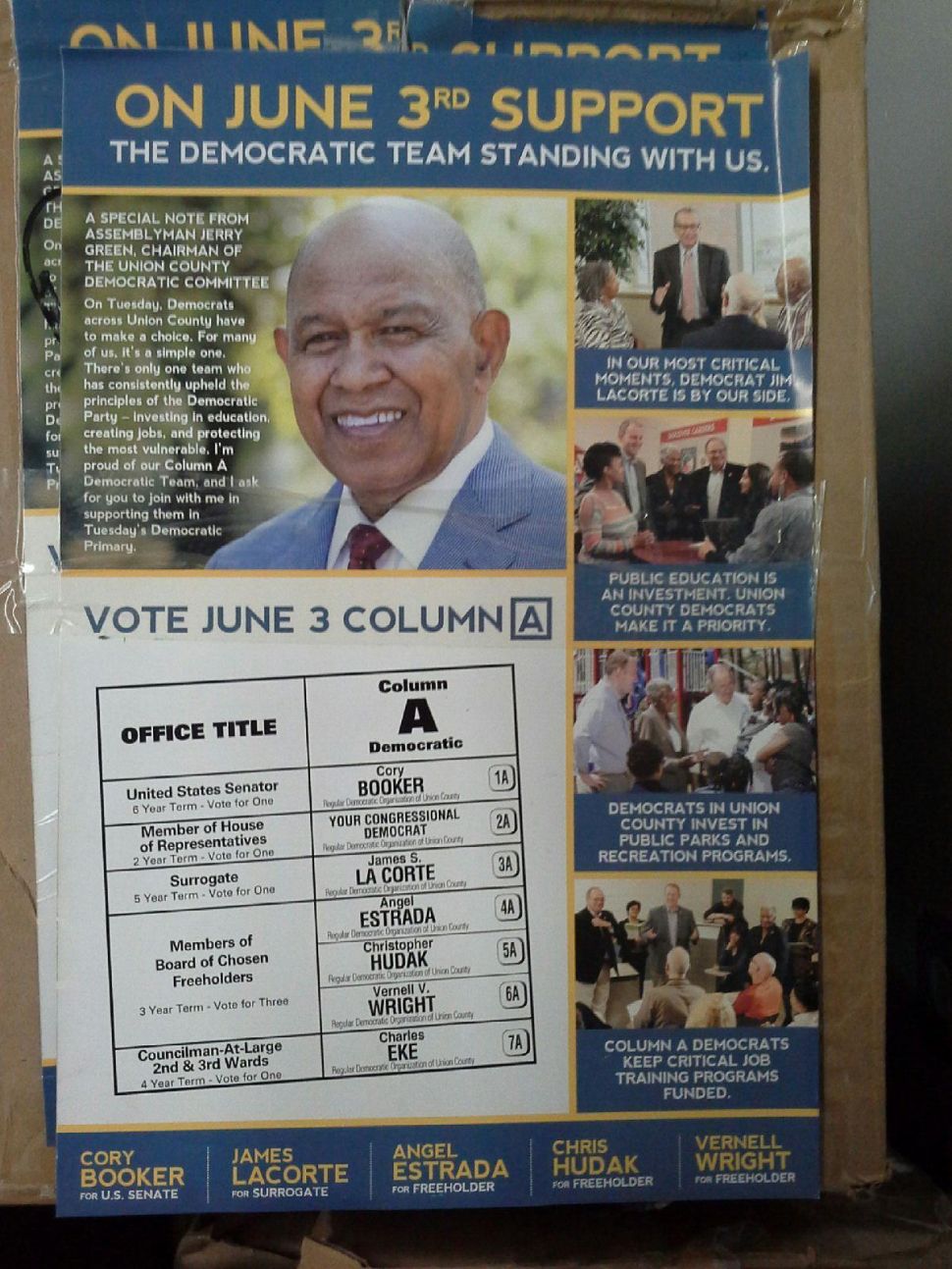