TRENTON – Calling the George Washington Bridge lane closures a “strange, unnecessary and idiotic episode,” Gov. Chris Christie’s chief spokesman told a legislative committee Tuesday he had no knowledge of or any involvement in the lane closings.

Michael Drewniak, who’s served with Christie since the beginning of his first term and before that at the U.S. Attorney’s Office, is the second Christie administration official to testify under oath before a legislative committee investigating the lane closings. In his opening statement, Drewniak expressed frustration with former Christie aide Bridget Anne Kelly and former Port Authority executive David Wildstein for being at the center of the scheme.

“I too would like to know from those who hatched and carried out this scheme just what it was they hoped to accomplish and – very simply – why? Those infamous emails leaked the morning of Jan. 8 – which revealed the true, abusive nature of what actually occurred last September – were shocking and disorienting,” he said.

“Disorienting because the conduct, callousness and cavalier attitude expressed in them was like nothing I’ve witnessed in my entire working lifetime, and certainly not in this administration,” Drewniak said. “The emails and conduct that became public between David Wildstein and Bridget Kelly also represented a deep betrayal on both a personal and professional level.”

Drewniak told lawmakers he considered himself friends with Wildstein, who he first started communicating with when he worked at the U.S. Attorney’s Office and would message Wally Edge, an anonymous blogger for PoliticsNJ (which would later become PolitickerNJ.com) later identified as Wildstein.

“He called me one day and said, ‘Listen, I’m Wally Edge and my real name is David Wildstein,’” Drewniak said.

Drewniak is expected to be questioned by the joint legislative committee throughout the day.

Check back for updates.

Bridgegate traffic jams ‘seemed at the moment a bottom of the barrel issue,’ Christie spokesman says 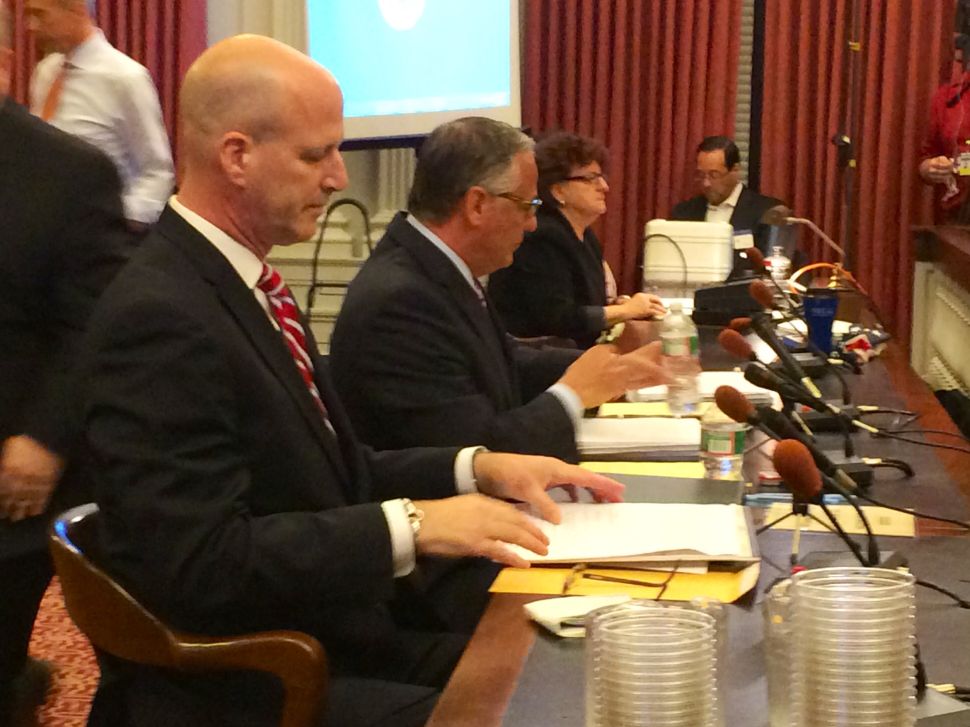