TRENTON—In early January 2014, Chris Christie was a man who never said “sorry”—not for the 132 corrupt officials he put in jail as U.S. attorney, not for the deals he cut to cobble together a winning coalition against incumbent Jon Corzine’s millions and not for notching a 22-point win over a Democratic opponent in a state where registered Democrats outnumber Republicans by some 700,000. In fact, when reporters first pressed him about the expanding Bridgegate scandal the previous month, the governor declared that The Wall Street Journal will “owe an apology to Sen. [Bill] Baroni and Mr. [David] Wildstein.”

Since then, “sorry” has become the hardest word.

Mr. Christie apologized to the residents of Fort Lee after accepting resignations from Messrs. Baroni and Wildstein. He’s left to cope with filling an $800 million shortfall following numerous credit downgrades for the state. And he has even apologized for his use of the term “occupied territories” when discussing Israel and Middle East politics.

Early in his first term, Mr. Christie earned a new nickname: The Trenton Thunder had arrived and staked out “small government pension-cutting” territory sure to earn cheers from conservatives across the country.

Teddy Roosevelt be damned. This new breed of YouTube-ready plainspoken leader had a motto for a new age: Speak bluntly and carry a big stick. 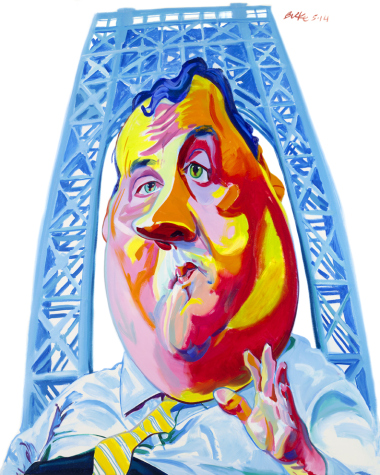