Mr. Wills, along with a relative, Jelani Mills, were taken into custody this morning at around 7 a.m., according to the source, who said that Mr. Mills worked for Mr. Wills.

The source declined to discuss the charges against the the men, but the Daily News reported in 2012 that Mr. Schneiderman’s office was investigating a $33,000 state grant that allegedly went missing after being doled out to a nonprofit linked to Mr. Wills, who will be arraigned in Queens criminal court later today.

Mr. Wills’ attorney did not immediately respond to messages, and phones at the councilman’s legislative and district offices rang unanswered this morning. A spokeswoman for Mr. Wills declined to comment, except to say that Mr. Mills does not work for her boss. A council spokesman confirmed that Mr. Mills is not on the city council payroll.

Ms. Huntley, who was also arrested by Mr. Schneiderman’s office, used to employ Mr. Wills as her chief of staff.

Council Speaker Melissa Mark-Viverito called the allegations against Mr. Wills troubling” in a statement responding to the news

“The City Council takes these troubling allegations from the New York State Attorney General very seriously and will be reviewing them thoroughly,” she said. “New Yorkers expect and deserve a government that is ethical and responsible and that is the standard we’re seeking to uphold.”

Mr. Wills, a Democrat elected in 2010, was previously stripped of his power to allocate member items, which are instead doled out by the speaker’s office and the Queens delegation chair. He has also agreed to step down as chair of the council’s subcommittee on drug abuse, a council official said.

According to the 2012 News report, Mr. Wills repeatedly failed to provide an account of tens of thousands of state dollars allocated to New York 4 Life, a nonprofit founded by Mr. Wills. The funds were reportedly earmarked by Ms. Huntley in 2008 to fund various programs, including meals for single parents and a campaign to fight childhood obesity, but Mr. Wills was never able to provide documentation of how the cash was spent and failed to cooperate with the state comptroller and attorney general’s office. 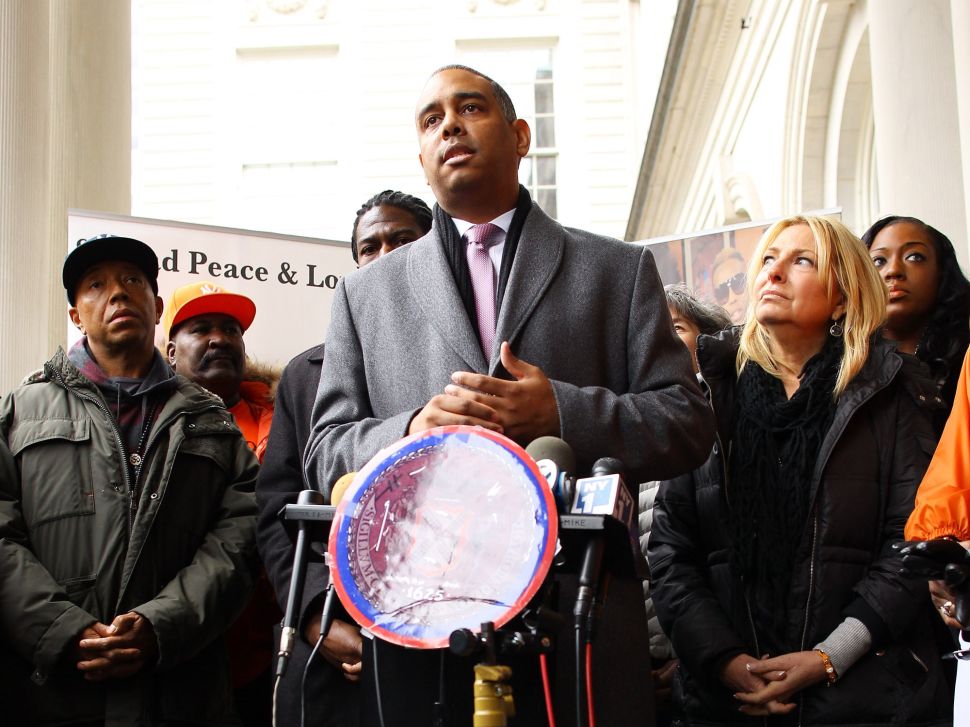